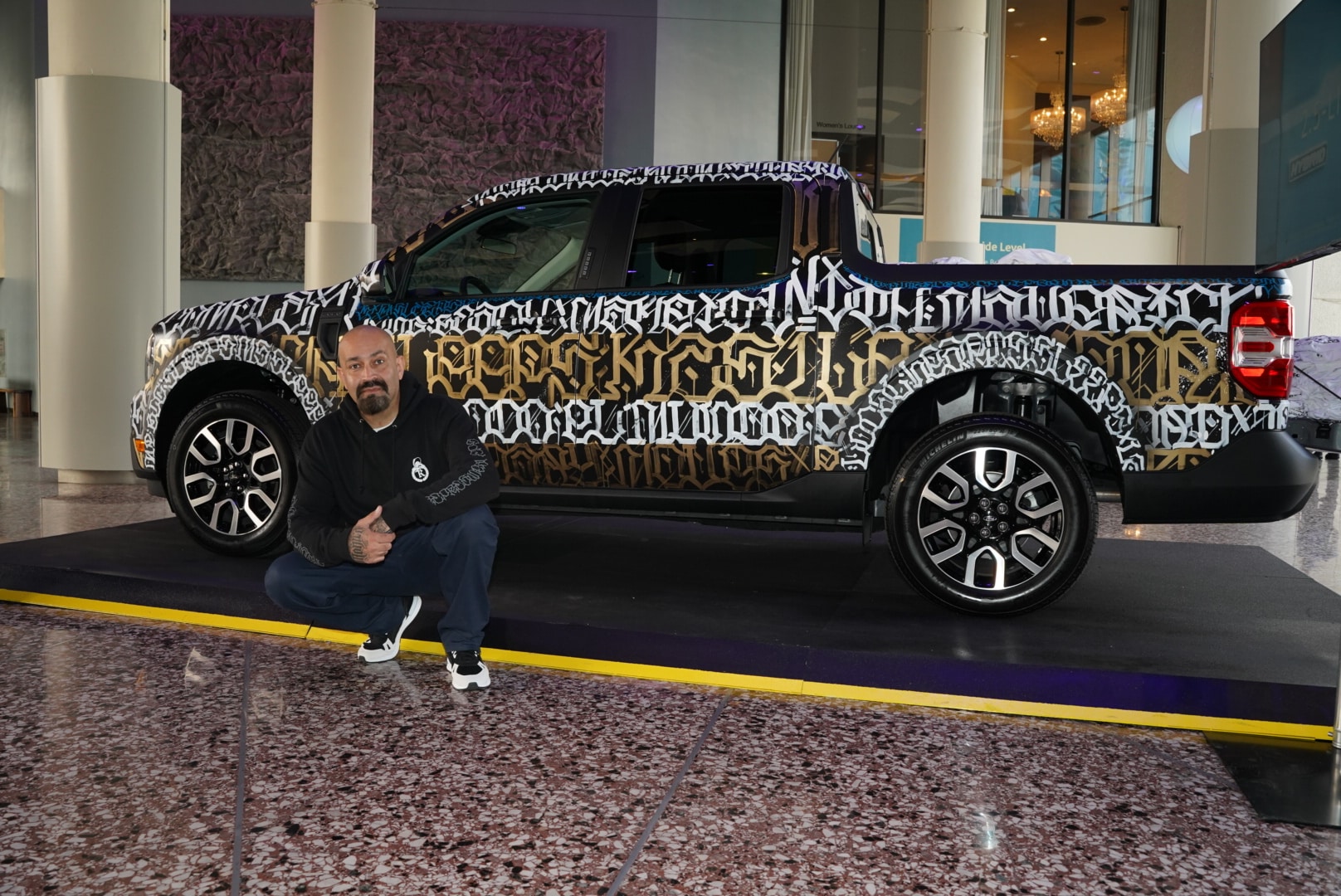 *ComplexCon is a curated festival featuring brands, performances, and streetwear lines that are creating heat and trends in pop culture made its return to Long Beach over the weekend.

The “Complex Connect series” sponsored by Ford featured conversations with influencers in music, fashion, media, and sports. Topics ranged from marketing yourself and your brand, tapping into fashion design, and how being a music artist has changed in 2021. These multifaceted millennial entrepreneurs have mastered authentic storytelling in a way that converts, from working other jobs to betting big on themselves and experimenting with strategy. Donye Taylor, Junghoon Son/Vandy The Pink , and Doralys Britto dropped gems on how they got started, built their communities, and created business models that work online & IRL too. Claire Atkeu hosted this session.

This year marked Ford’s debut as an auto sponsor for ComplexCon. In addition to introducing their all-new 2022 electric hybrid truck, the Ford Maverick – they gave one away – they also brought in acclaimed artist David (Big Sleeps) Cavazos, known all over for his tattoo work and unique lettering style. Big Sleeps is a Los Angeles native from the Pico-Union area of L.A. Early in life, he fell victim to gang culture, spending time in juvenile hall, youth authority, and state prison. Nevertheless, Cavazos practiced and perfected his styles, which have evolved his lettering into another realm of self-expression in murals and painting.

Jill Munroe spoke with him about what it means to display his art and collaborate with Ford just a few miles south of where he grew up. For Cavazos, hope and inspiration weren’t something that was in abundance. However, he hopes that his story can serve as inspiration for kids coming up in similar circumstances. The last time he was featured at ComplexCon was about six years ago. Then it was for his tattoo work; now, it’s for his artwork. In that time, he’s had the opportunity to work with several world-renowned brands as his talents have shifted into the world of fine art.

Cavazos considers himself a Maverick and felt the unexpected collab was a great one to come together on because of Ford’s involvement in reaching into the community. He went on to explain, “the Make it with Maverick mantra fits me because I’m always trying to do it, trying to get it, build myself up into a brand -I own a clothing company, tattoo pigment, my gallery, constantly evolving. So working with Ford, it was an opportunity to do something special and bring it into a city with a brand that represents that too.”

Ford executive Dibrie Guerrero said the collaboration came together because of Big Sleeps “unexpected artistry,” which is the true definition of a Maverick, much like their latest offering. The Ford Maverick’s sleek design coupled with the expected durableness that people have come to rely on from Ford come together at a fantastic price starting at under $20,000 for a hybrid.

Closing out the event Sunday night was a performance from ASAP Rocky. Of course, girlfriend Rihanna was in the crowd jamming along with the audience as he rolled through a few of his hits.