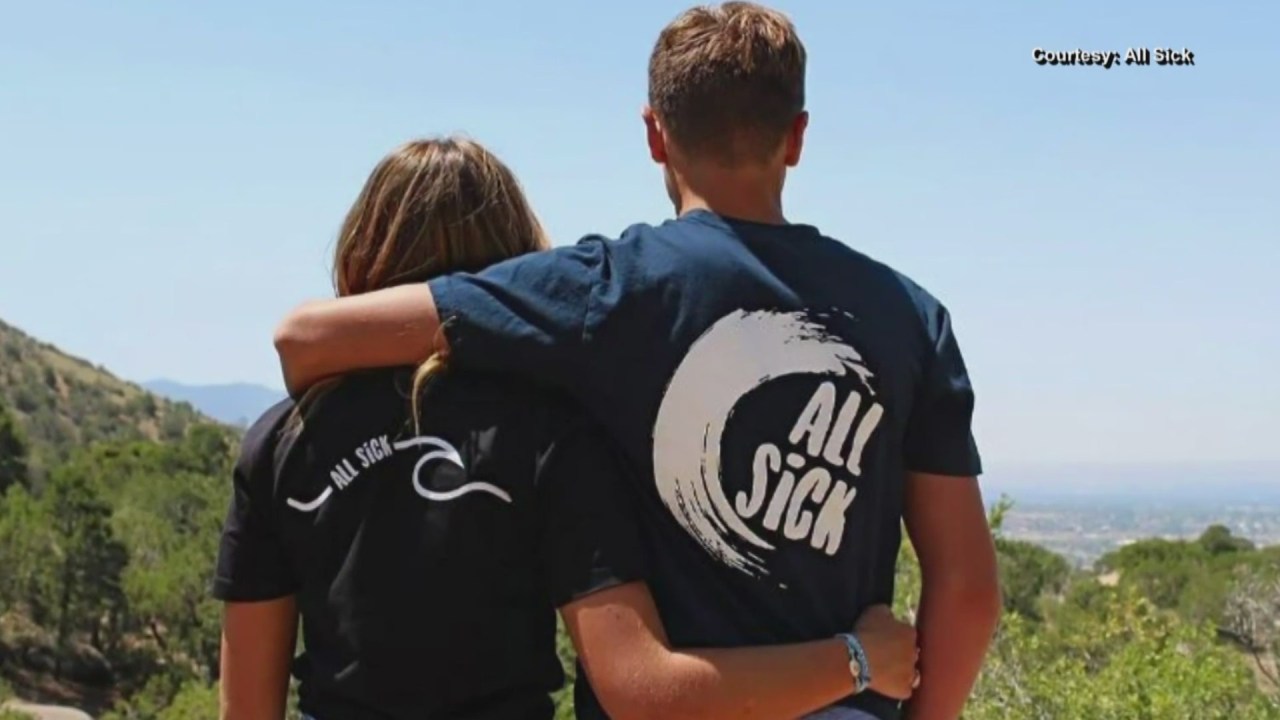 ALBUQUERQUE, N.M. (KRQE) – With the pandemic canceling school and sports events over the last year, two Albuquerque teens are using that extra free time to start a business that gives back along the way. Cibola High School students Ty and Taylor Christiansen, are now business partners and can add ‘business owners’ to their resumes.

“It’s called All Sick. And we sell t-shirts, including hats, golf balls, stickers, long sleeves,” said Taylor, a senior at Cibola High School. Starting a business wasn’t part of the Christiansen’s original plan, but neither was the pandemic.

“All of the things that we’re passionate between school and sports, those things all got canceled. So, we were kind of left doing nothing,” Taylor said. But that lead to something. The duo said it was on a hike with their dad in late March when they had the idea to start a clothing brand based on the popular New Mexico phrase, ‘all sick.’

“He goes, what if you guys actually started this. What if you guys put this on a shirt and started selling this, and it became a thing,” Taylor said. “We went home from that, started working on it, started researching kind of, how to build a website.”

In September 2020, the siblings launched All Sick. The apparel showcases New Mexico, featuring the Zia symbol and the Sandia Mountains. It also focuses on giving back.

“We realized that we’ve been given so much and that we try to use this business to give back,” Ty, a junior at Cibola High School, said. Every month, the brand features a different local or national non-profit and donates a portion of its proceeds to that non-profit.

“We’re only two kids in New Mexico and but, I know there’s small things that can create a big impact,” Taylor said. The company was able to donate about $240 to Operation Smile, a non-profit that repairs cleft conditions for those in impoverished communities.

“At the end of a couple months, we’ve afforded to pay for a kid’s surgery which is super big and it changed their lives,” Ty said. The experience taught the siblings that anything is possible.

“I remember we were just scared,” Taylor said. “This isn’t going to work, we’re too young, there’s no way that we can pull this off. Kind of those thoughts and those doubts going through our mind…The biggest thing is to just you just got to go for it, you never know until you try.”

This month the company is featuring Seed2Need, a non-profit that aims to grow local produce for food pantries in Bernalillo and Sandoval Counties.

Amidst Turbulence in the Crypto Market, CreditEUBank Offers Special Trading Packages for Canadians