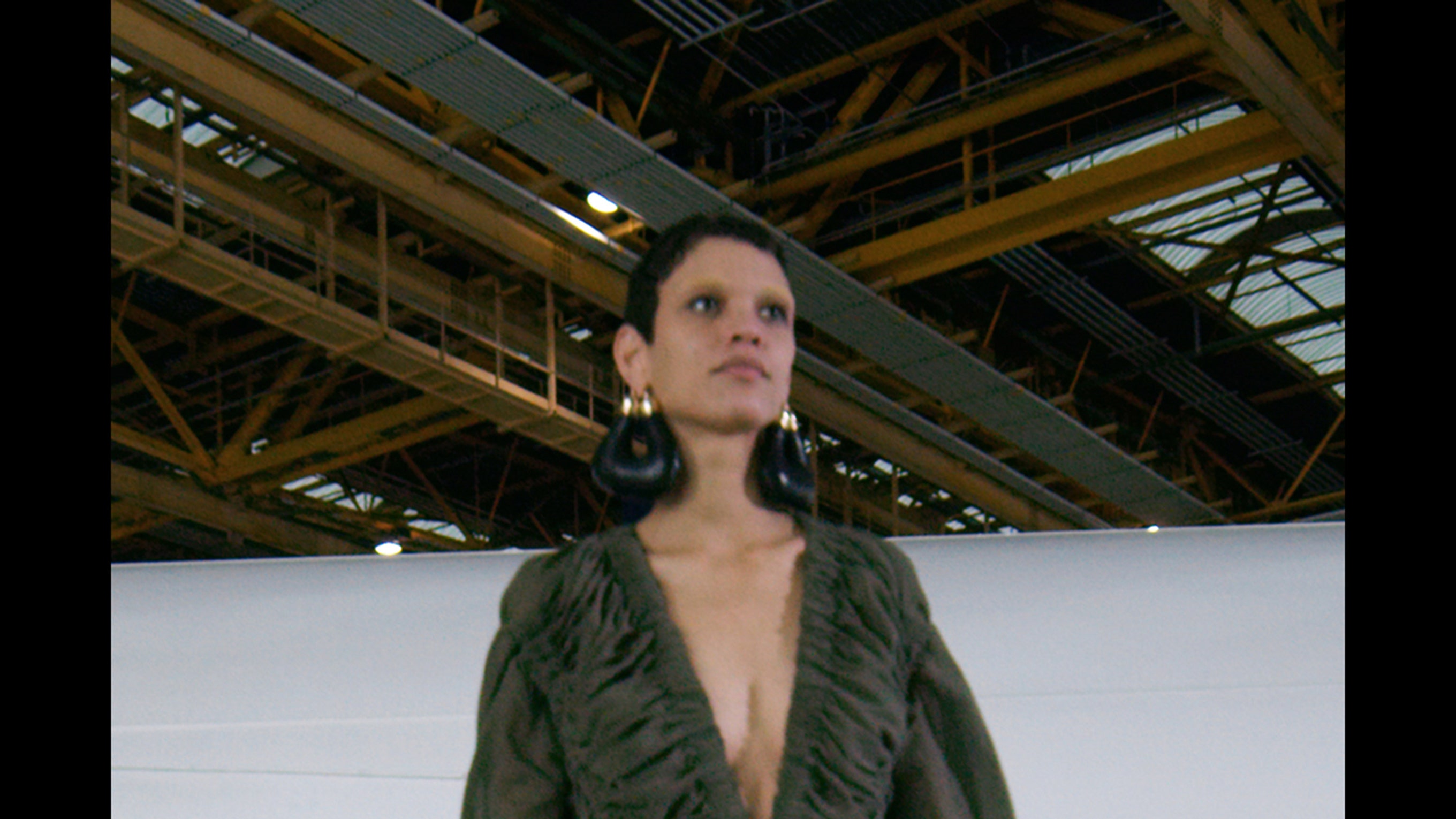 “I don’t know where we’re going,” said Olivier Rousteing before the scheduled streaming of this show, “but I do know that we are going somewhere. The point is not the destination but the actual going—the journey, the leaving, and the escape.”

Rousteing was talking about this show’s format and the collection in it. Like any truly tuned-in fashion proposal, however, his message harmonized with a wider truth: The 12 months behind us have made the prospect of carefree travel seem deliriously enticing. In Australia and Taiwan, airlines have even been running sold-out “flights to nowhere”—round trips taken just for the thrill of it.

Shot in a cavernous hangar at Charles de Gaulle Airport in and around a recently underused Air France 777, Rousteing’s film and collection served to whet the appetite even more for imminent escape. Witty accessories included neck-pillow earrings and handbags, paper-plane suitcase charms, and working compass pendants. “They point you in four directions: to Balmain, to your lover, to a bar, or home,” he said.

Rousteing purposefully dialed down the atelier-produced embellishment-heavy party dresses that he still absolutely adores but for which he has been typecast by some. Instead he banked hard toward the dialect of aviation-specific utilitywear. This included shearling aviator jackets, greatcoats, flight suits, and webbing-strafed dresses in parachute silk. As his flight path unfolded his looks became higher altitude and more technical, contrasting metallic high-shine hazmat chic (sometimes with flying saucer embroidery) against padded orange and olive outer-orbit-wear with rip-cord-pull hardware. Sprinkled among these were looks more “departure lounge” than “cockpit,” but happily escapist nonetheless. Rousteing’s enduring take on the Breton stripe flew in formation with sumptuous padded leather overcoats, fluoro knitwear, and total looks patterned with the recently reintroduced 1970 vintage P.B. monogram.

On our Zoom, Rousteing said he had been inspired in part by Pierre Balmain’s postwar travels (also on Air France), first in 1947 to Sydney to launch a collection and later to New York in the company of his friend Gertrude Stein. “She was a great writer and a great feminist, and she took him to discover America. I love the fact that he wanted to see the world and not just stay stuck in one place,” said Rousteing.

Flight BAL 021’s final destination at last revealed itself when Captain Rousteing (whose crew included Michel Gaubert sampling a Philip Glass safety announcement on the P.A. while Charlotte Stockdale and Katie Lyall ensured all belts were fastened just so) piloted us to a digitally rendered runway platform suspended between Earth and moon. Even here he steered clear of stratospheric minidresses, opting instead for softened evening suits with fluoro reveres and a closing long-hem gown in space-blanket silver. Climatic menswear looks included a red-trimmed silver astronaut suit. Signing off, Rousteing said that he’d shaped this collection while gripped by two competing forces: “of loving my present, but also being so excited about a better future.” These combined to give this highly diverting and extremely confident collection a fresh creative gravity: It really flew. 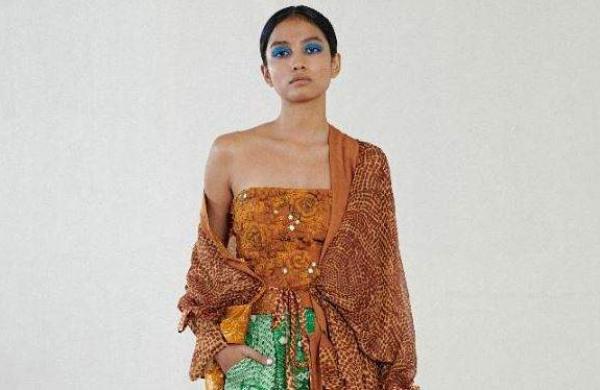 Attending a Holi party? From denim to flowy dresses, here are a few glamorous picks to choose from

The Recorder – ‘Those were the days’