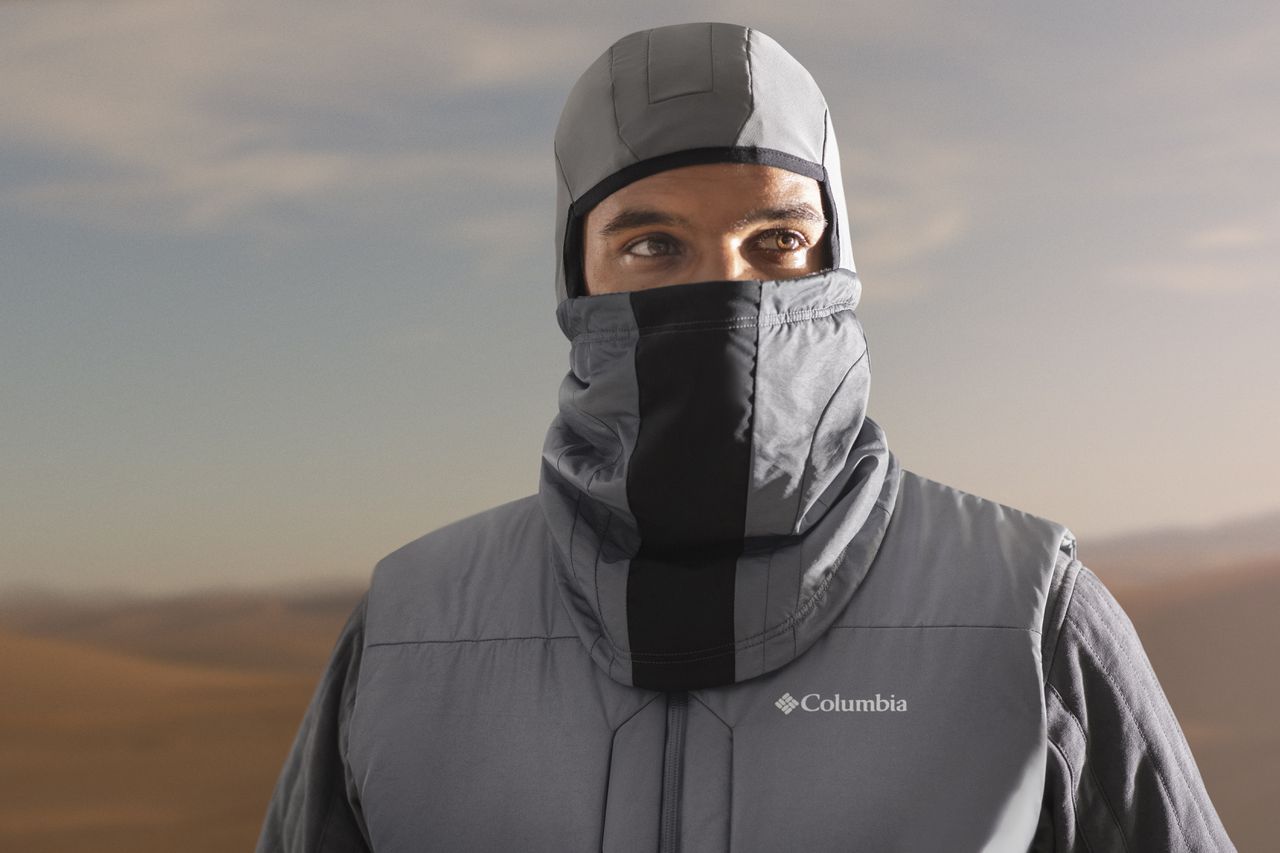 Update: Only the toddler-size jacket with a fleece hood ($75) is still available online.

The bounty hunter and the big-ear Baby Yoda, who star in the popular Disney+ streaming Star Wars series, “The Mandalorian,” have captured viewers’ attention and perhaps their heart.

As the plot heats up, there’s more to celebrate: Not only does Disney+ exclusively have the entire first season and new episodes of Season 2 available to stream at your leisure, Portland-based Columbia Sportswear is releasing a special-edition collection of Mandalorian-inspired outerwear.

Adult and youth jackets, with Mando iconography and in kids’ cases, fleecy green ears, will be available in limited quantities at columbia.com/StarWars (or save time and click on the direct links to each item below) starting at 9 p.m. PST time on Thursday, Dec. 3, and in select stores on Dec. 4, including the Southwest Portland Flagship store and the Portland International Airport.

Since 2016, Columbia’s Star Wars collections in collaboration with Lucasfilm have been released in December, a prime time for holiday shopping. In the past, they sold out online in minutes and customers have waited in long lines to buy the apparel in stores.

The latest collection, inspired by the bounty hunter, Din Djarin, and the Foundling, Grogu, are not costumes but smart outerwear made with cutting-edge technologies and insulating, protective fabrics.

Leigh Roundy and Phil Padilla, Columbia’s lead designers on the Mandalorian Collection, said many of the company’s Star War fans worked on the project.

“A lot of love and passion went into this,” says Roundy, a self-described “nerd girl” who always wanted to design in the sci-fi realm. “We focused on the details and character memes. Humor and fun were also infused because that’s in the Star Wars world.”

Padilla won’t translate the coded messages written in the Mando’a language hidden in the fleece lining, but fans know to search for the Mudhorn signet and a range of insider icons and symbols on the heavyweight hoodie ($120).

The water-resistant Child jacket ($75-$80), with a sherpa fleece hood that can stow away the floppy ears, has a Sorgan frog label and screen print of what’s often called Baby Yoda.

“You don’t have to be a super intense Star Wars fan to love the characters,” says Padilla. “You can just dive in.”

For the Mandalorian interchange hybrid jacket ($300), the vest and jacket mimic the shapes and angles forged in the fighter’s beskar armor.

“We can’t just 3D-print armor,” jokes Roundy. Instead, they combined, for the first time, durable canvas with a stretchy, soft shell. Warmth is achieved with lightweight insulation and Omni-Heat 3D thermal-reflective lining.

“It’s a cool looking piece on its own, but if you know the character, the ‘subtle nerd’ details will surprise you,” says Roundy.

An indented section of the vest was made to looks like the Mandalorian’s chest plate.

“We are really happy with how the sleeve flange turned out to look like the layering of his costuming,” says Roundy. “The heavyweight stitch showcases that detail on his armor without compromising the functionality of this wearable piece.”

The Mandalorian helmet-shaped gaiter with a T-visor ($40) was designed together with the hybrid jacket for an integrated look, color and feel, says Padilla. The same water-resistant fabric of the vest was used on the gaiter. The stretchy, soft shell helmet has a drawcord for a custom fit.

In past collaborations, when the world wasn’t restricted by a pandemic, members of the Columbia team visited Skywalker Ranch in Northern California to see the costumes in person. This year, they could only view the outfits on screen.

The clothing underneath the Mandalorian’s shiny armor looks brown on screen and blends in with the parched worlds he inhabits. But Lucasfilm made the costume gray and sent the Columbia team the exact color to match.

Before there’s a blowup like whether Han Solo’s parka was blue or brown, “fans need to understand that we got the actual right gray color from Lucasfilm,” says Roundy.

The colors of the Child were also tricky. “Baby Yoda is such a cult thing, you have to be careful,” says Padilla.

He and other members of the design team spent hours in the Columbia color lab, searching for the right hues for the iconic fleece ears. They picked New Mint, a soft green, and Valentine, a soft pink.

The Child bunting ($50) with an ultra-soft sherpa lining, and the toddler-size and child-size water-resistant jacket with a fleece hood ($75-$80) are a “nice continuous line of the child coming of age,” says Padilla. “We’re supper happy with it.”

The show is readily available on Disney+ ($6.99 a month or $69.99 a year). There’s also a Disney+ bundle option available, which includes access to Hulu (with ads) and ESPN+ for just $12.99 a month, a better value if you are keen on adding to your library of streaming services.

What if you’re already a Hulu subscriber and want to add Disney+?

Sign up for Disney+ using the same email that’s associated with your Hulu account, no matter which type of Hulu account it is. You’ll still be charged for the full price for your Hulu account every month, but you will receive a $5.99 credit toward a Disney+ subscription.

Nordstrom Rack is having a massive outerwear sale