Design cities around people, not dustbins 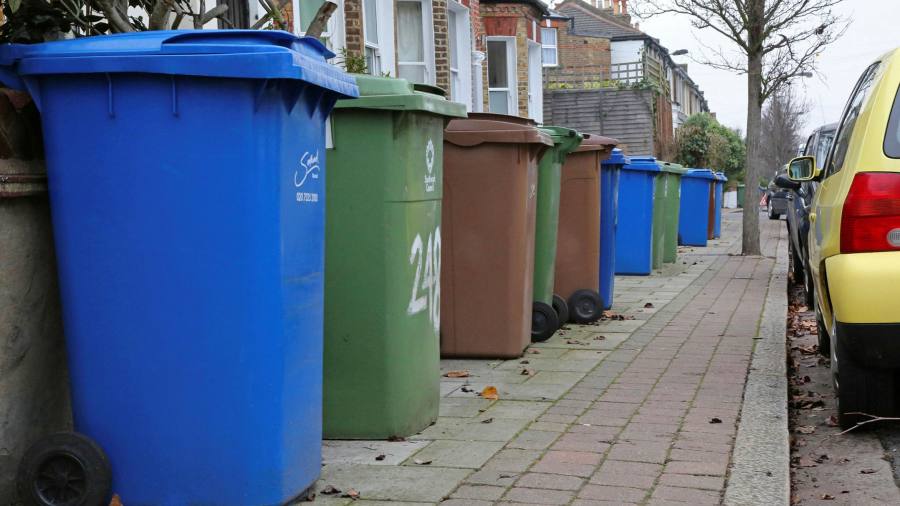 Modern architecture is rubbish. That, more or less, is the usual message of traditional architecture lobbyists, Create Streets. It’s a polarising view but whichever side of the aesthetic debate you might be on, a tweet from them on bins this week raised some fundamental issues with the bizarre rules which shape our streets.

Many of us might have recently noticed, in ways we didn’t before our dutiful and intensely local lockdown walks, the proliferation of bins on the streets and in front of houses. The separation of waste and the explosion in packaging from home deliveries has led to an enhanced landscape of plastic bins, boxes, baskets and bags which clog up pavements and make any semblance of an elegant street a distant dream.

But people may not realise that rubbish is actually responsible for some of the bleaker quirks of British planning and development. More accurately it isn’t rubbish itself that’s the problem but the regulations around it.

Planning in the UK is largely left to local authorities who have had their funding progressively stripped away, and many regulations have been designed by traffic engineers. As Create Streets points out in a new briefing paper, this has led to the form of new developments often being dictated not by ways to make communal living more civilised, address the housing crisis, or even create a sustainable and largely car-free future; but rather by the turning circles of bin lorries or the maximum distance a binman is allowed to walk from his truck.

The result is roads that are often too wide for any sense of architectural coherence. There is a lack of complexity, endless cul-de-sacs and acres of tarmac for parked cars which may soon be obsolete. While access is required for fire tenders, as in historic towns, there are always ways to work around these issues.

To plan the places where people will live around the current specification of 32-tonne trucks is absurd. Why not change the bin lorries? Who knows what size an electric dustcart might be in a decade’s time? Yet houses are supposed to last for generations.

The inner-city conundrum is a little different. Driven by a requirement to produce less waste, local authorities are making fewer collections and homogenising bin sizes to optimise pick-ups. Unfortunately many have settled on huge 180-litre bins, which now clutter the fronts of houses in many boroughs.

There was a moment in planning when waste was taken seriously but not allowed to dictate the form of our streets. At the height of postwar modernism, flats were fitted with garbage disposal chutes and bins were stored in special stores or underground. Some of them failed in practice but the idea was to invent systems to accommodate a more amenable lifestyle, not vice versa. Ironically these were the projects that Create Streets was founded to disavow in favour of a return to more traditional architecture.

In continental Europe you often see underground bins accessed from chutes in the street or square. This is successful, elegant and discreet. One large new development, Barking Riverside in east London, has adopted this approach. An underground waste disposal system sucks away rubbish through vacuum tubes. There is no rubbish lying around, no rodents and no ranks of bins.

The government’s desire to reform the planning system has been deflected by the pandemic and faced opposition from MPs fearful of Nimby voters. But the multiple failures of building regulations have been revealed by the inquiry into the Grenfell fire. The system of planning and regulation needs an urgent — and intelligent — revamp. Otherwise we will be left with car-dependent towns planned around the measurements of bin lorries.

The writer is the FT’s architecture critic

What is frugal design and why was it vital during COVID-19?