Discarded clothes and fabric are about to get a serious makeover 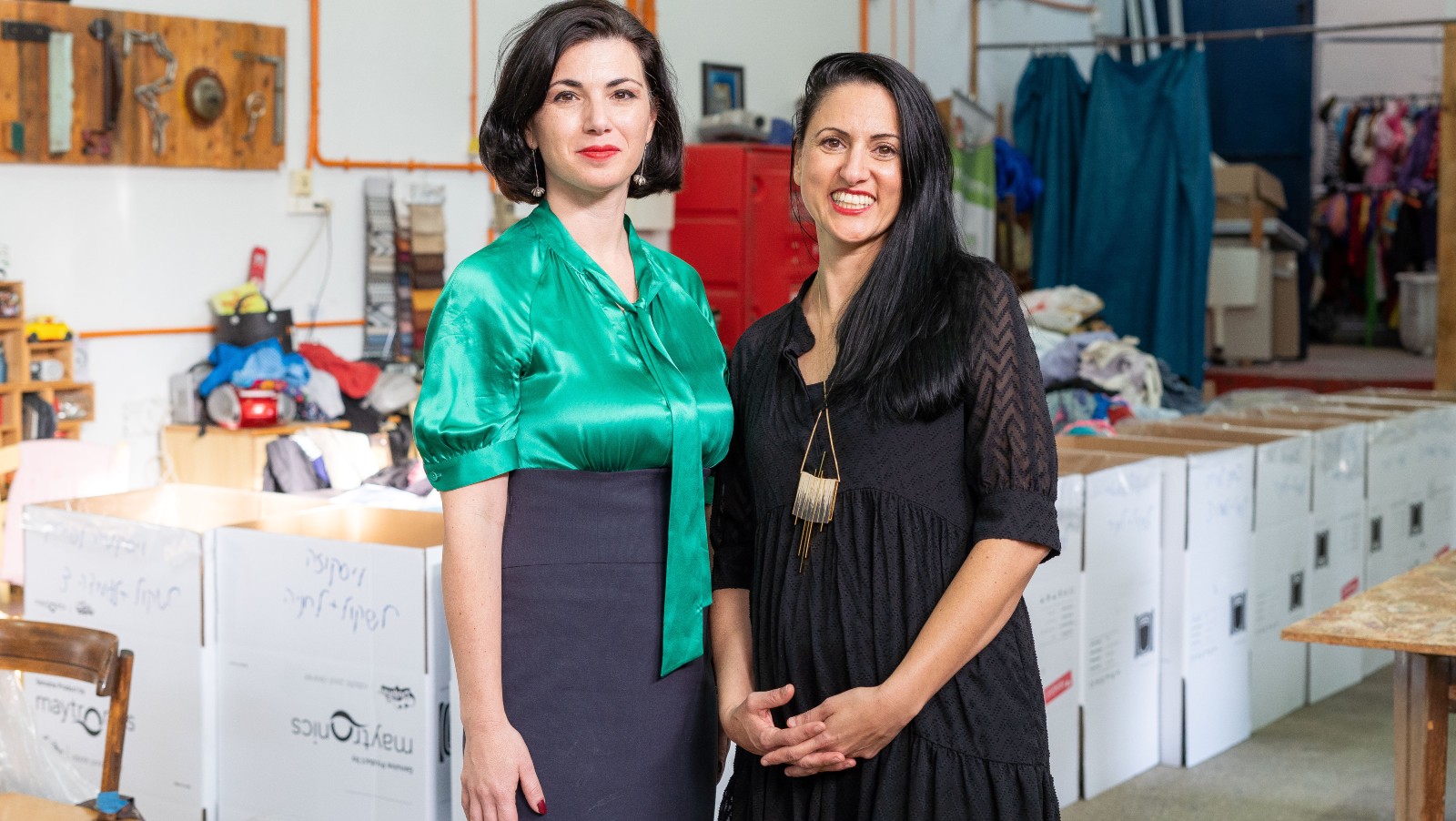 It took 1,320 liters of water to produce your new pair of jeans, and twice that much to produce the cotton shirt you wear with it. When these items are discarded, they will continue burdening the environment as they end up incinerated or buried in landfills.

Re-Born Textiles, a new Israeli initiative, offers an alternative that not only saves clothing and other textile waste from the trash heap but also employs at-risk populations.

“Israel produces at least 500,000 tons of textile waste a year, which costs the state around 150 million shekels [$46 million],” says Viktoria Kanar, cofounder of Re-Fresh Global, an open innovation platform for circular economy and innovations for the textile industry.

“Currently, there is no green, transparent and effective solution in Israel for this problem. There aren’t too many options for used clothing collection and no organization can collect all the discarded clothing,” she says. 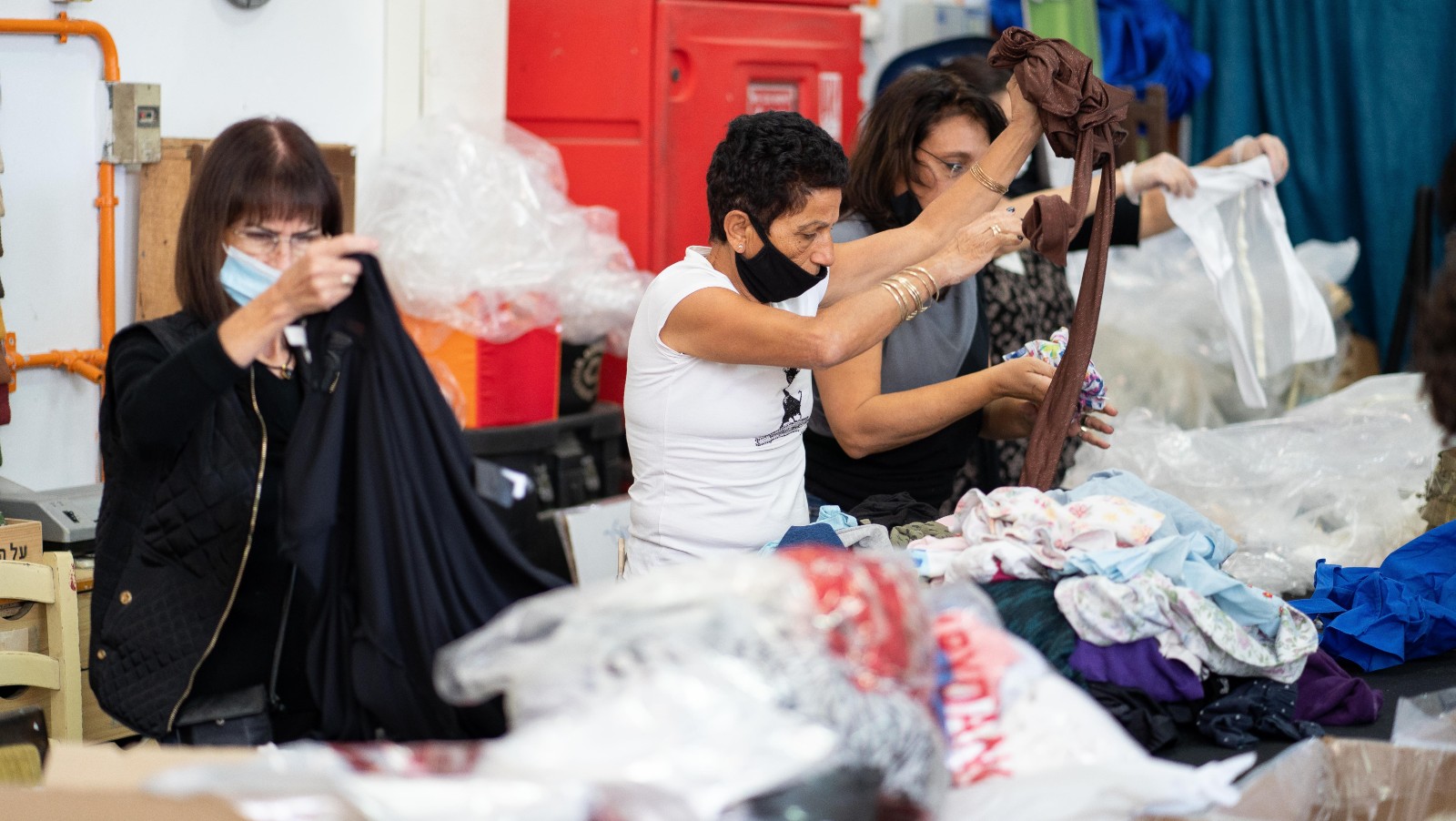 “With ever-growing overconsumption and stimulation to join mega-shopping events such as Black Friday and Cyber Monday, it is about time to provide an alternative for responsible and sustainable consumption,” Kanar adds.

Collected clothes or other textiles in new or almost new condition will return to retail (reuse), while clothes in worn condition will be upcycled into new products (remake) or recycled for use in the construction, automobile and other industries. 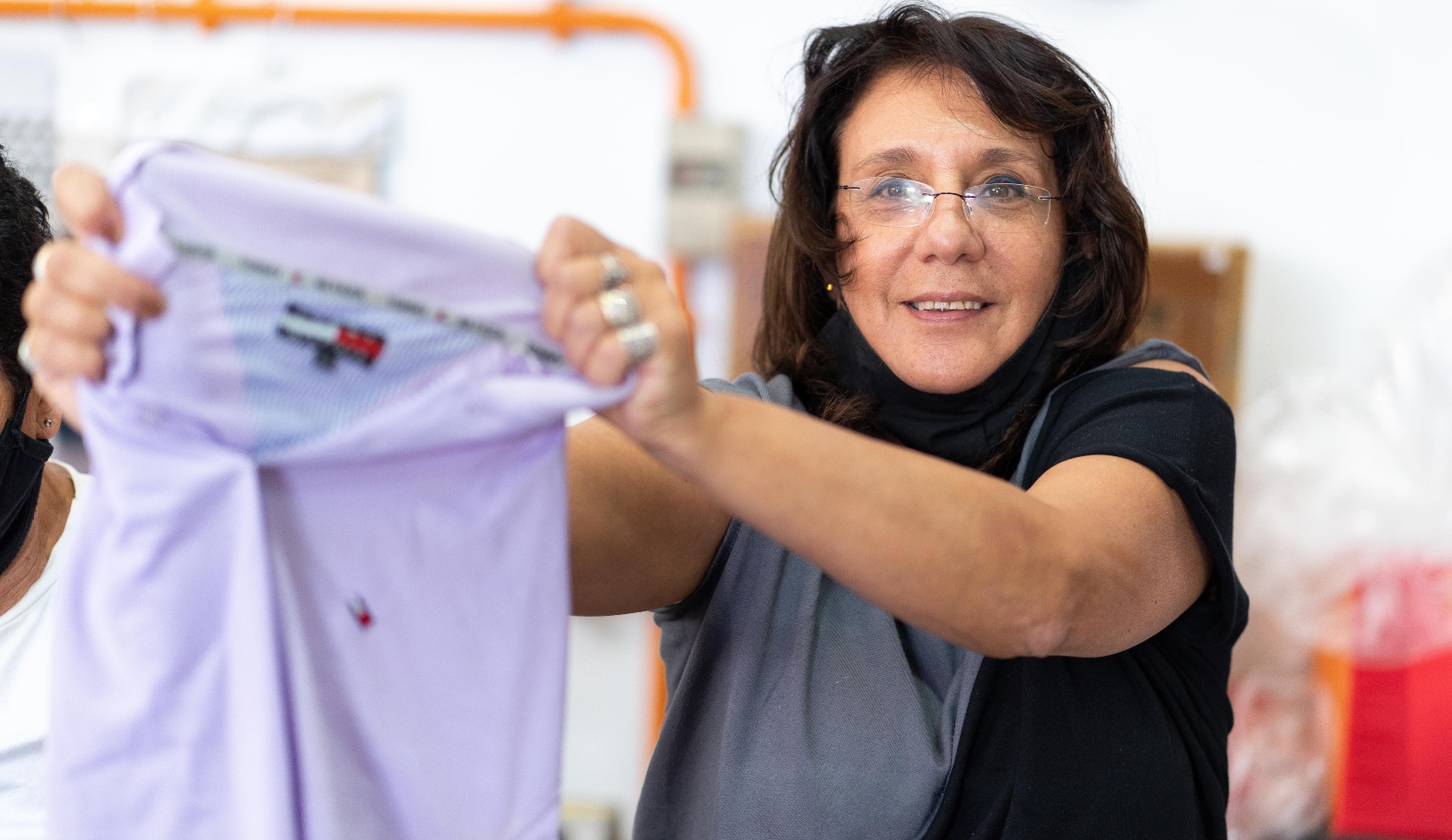 This Re-Born Textiles worker will decide if the Tommy Hilfiger shirt can be reused. Photo by Liran Maimon

Re-Born Textiles opened its first sorting location on December 3 at the Kipod Sustainability Center in Kfar Saba, the first Israeli city to establish an urban center for circular economy.

“It’s functioning as a pilot to learn from before expanding,” Kanar tells ISRAEL21c.

“The city asks citizens to bring us their discarded clothing, and other partners such as WIZO bring used clothing they have collected at their branches. We also get items from stores that shut down and need to get rid of inventory, and from other sources,” she explains.

“In just a couple of weeks we collected 10 tons of textiles: clothes, sheets, towels, fabrics and more.” 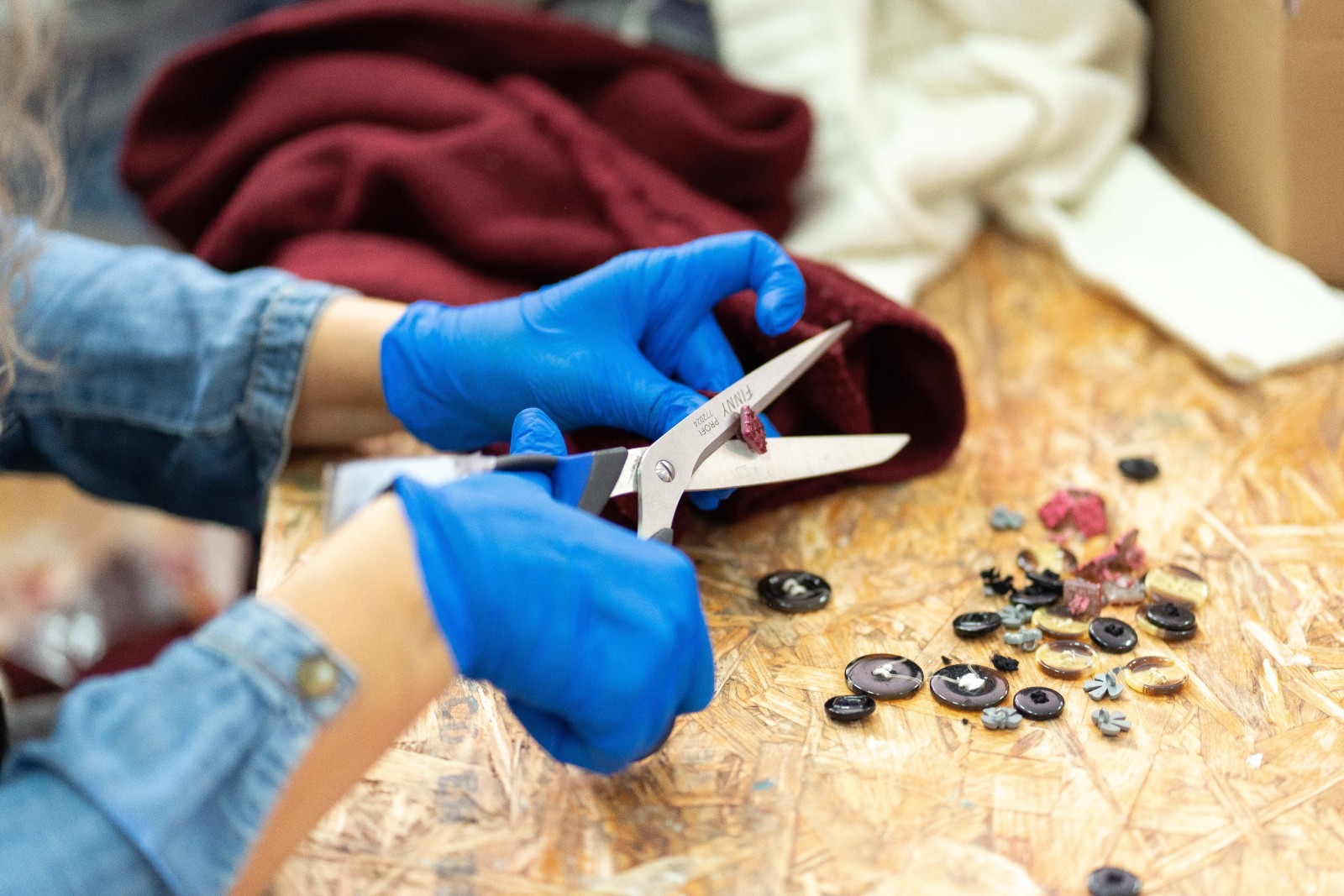 Buttons are removed from garments to be remade or recycled. Photo by Liran Maimon

A combination of paid workers and volunteers — 20 per shift, two shifts per day — sort the textiles and send them on to the next stage.

“From the beginning we tried to see it as an opportunity for people who need work, from very different population groups,” says Kanar.

“Some of the women are WIZO volunteers who have some knowledge in textile sorting. Others come from Dandasha – a chain of secondhand stores around Israel that employs women with certain disabilities from the organization Shekulo Tov with subsidies from the Welfare Ministry,” she explains. “This is a safe space for them to earn a living.” 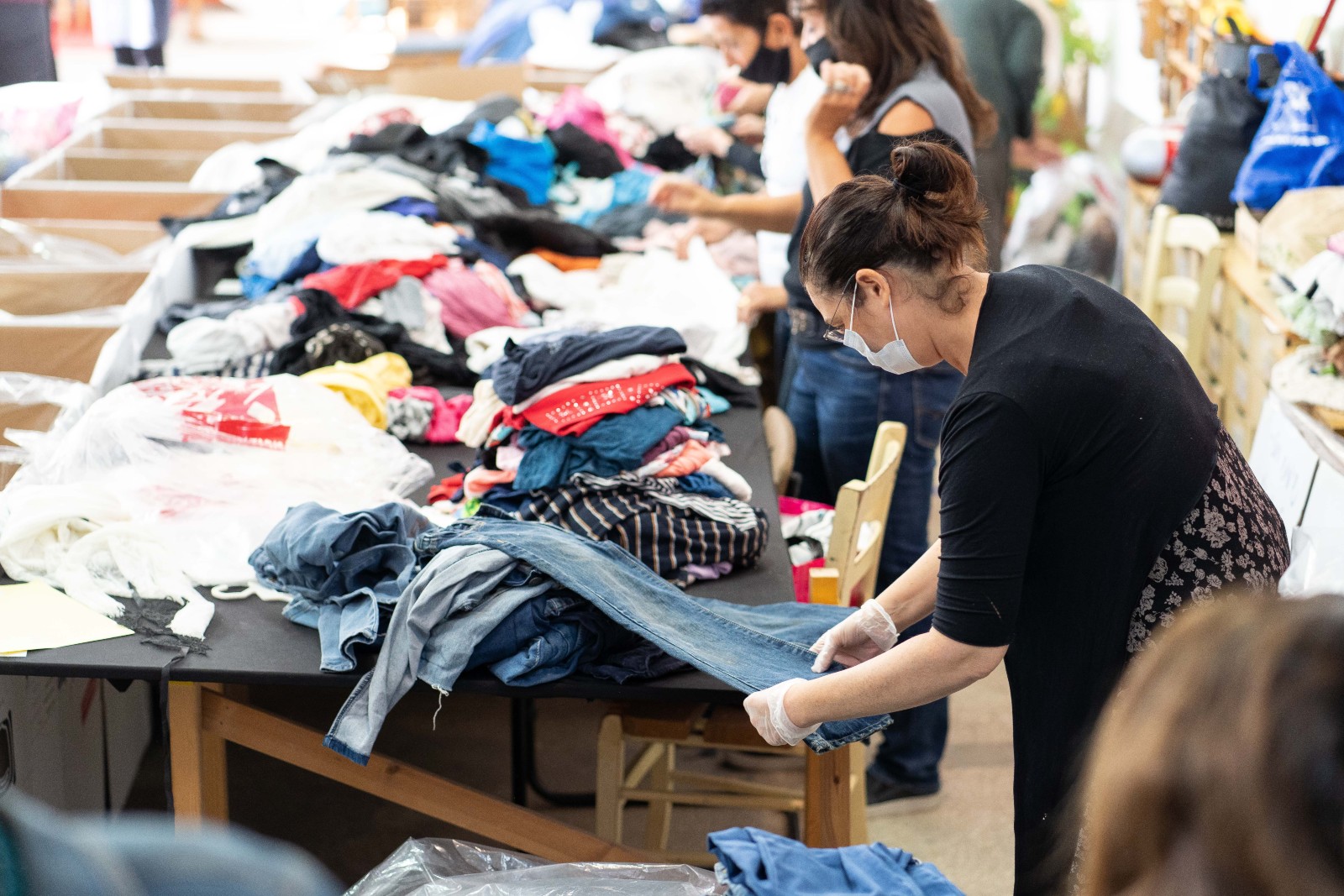 “Then there are people who may be students or who work in the industry, and women on furlough from their usual jobs because of corona,” she adds. “We have some men who joined us, too, for the physically difficult tasks.”

About 80 people in all took Re-Born Textiles’ professional textile management and sorting training course over Zoom before starting to work.

“Re-Born Textiles is a new and original venture that is based on the principles of circular economy and the vision to turn the cities into circular cities,” says Kanar.

“The long-term vision is to establish urban smart sustainability centers – or ‘microfactories’ — in Israeli cities and hopefully abroad as well.”

The pilot project is supported by the city of Kfar Saba, the German Embassy in Israel, Bank Hapoalim, H&M Group and NGO partners WIZO, Dandasha and Ani Shlishi, which works with at-risk youth. 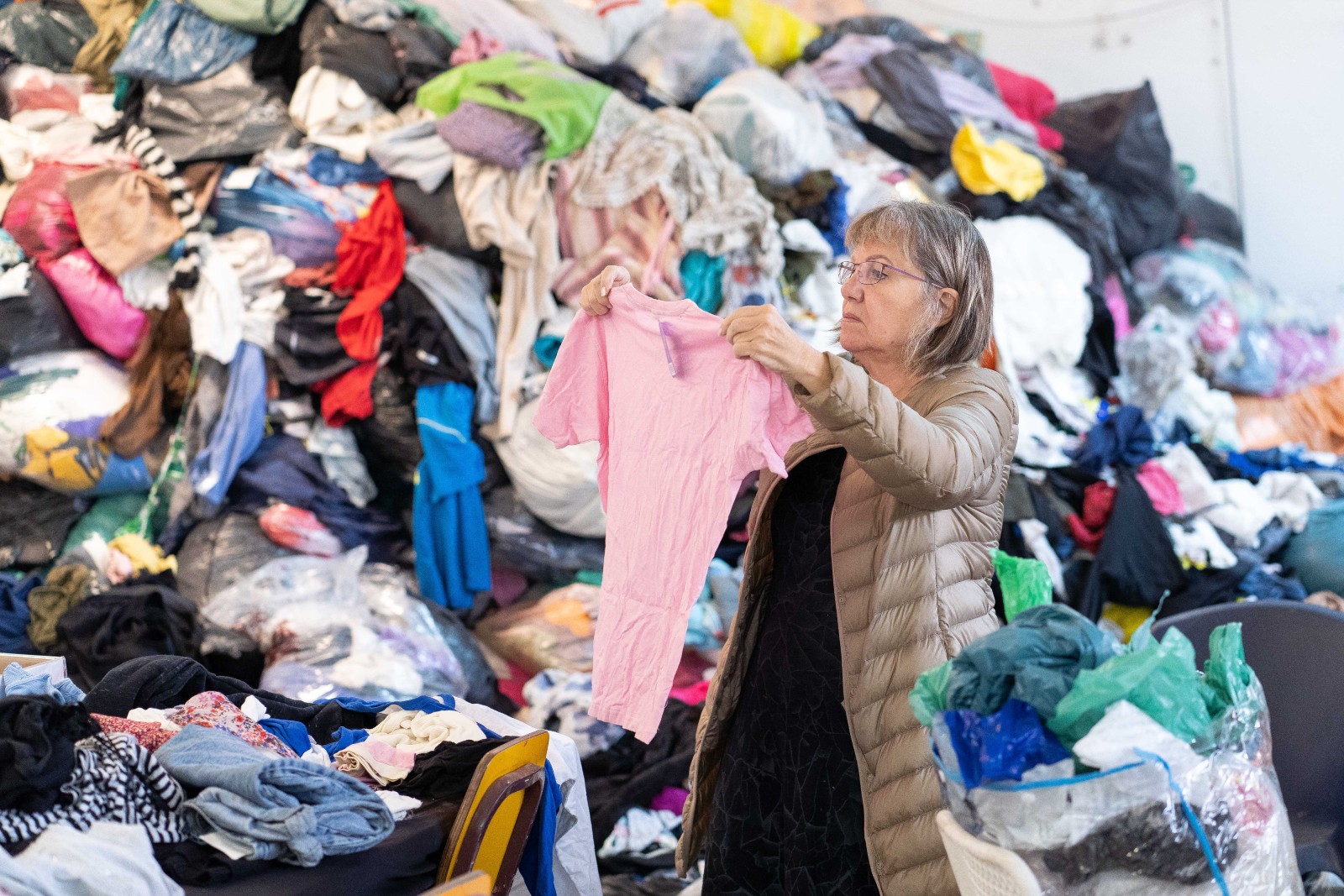 Sorting piles of clothing at Re-Born Textiles’ space in the Kipod Sustainability Center in Kfar Saba. Photo by Liran Maimon

It’s significant that H&M Group is on board. The Swedish multinational company sells apparel through 52 online markets and approximately 5,000 stores in 74 countries. In December, H&M distribution centers in The Netherlands, UK, Sweden, China, Russia and Australia switched to reusable/recyclable paper packaging to reduce plastic waste. The non-profit H&M Foundation and the Hong Kong Research Institute of Textiles and Apparel are collaborating to develop sustainable textiles.

Kanar hopes that H&M will become a partner in repurposing unsold merchandise.

Discarded items that can’t be used as is, but are good enough in terms of the quality of the fabric, can be turned into products such as a pillowcase or tablecloth. 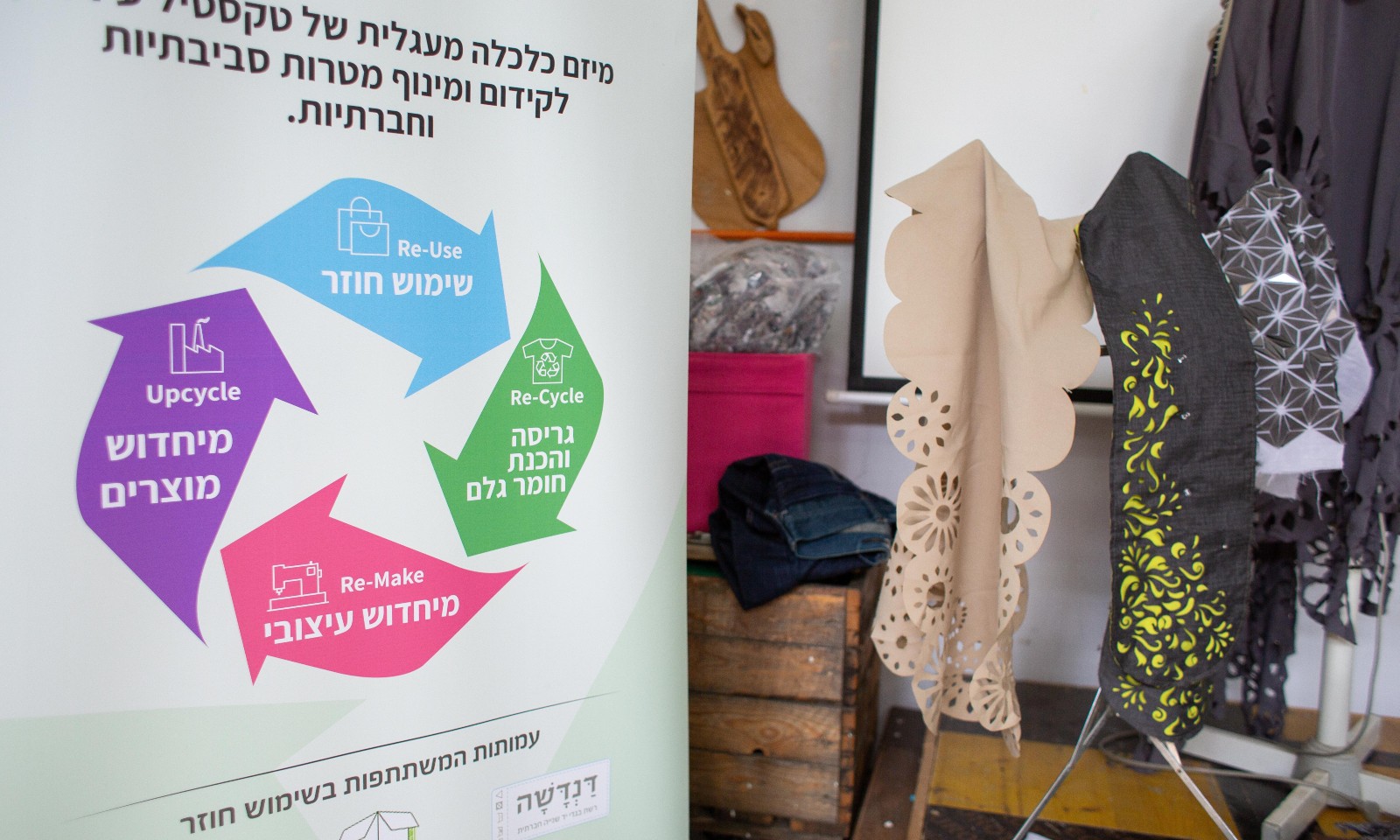 Upcycled products made from discarded textiles. Image by Re-Born Textiles

Kanar explains that this form of upcycling is done with the help of laser-cutting machines or 3D printing.

“The advantage is that lasers leave practically no waste and the new shape can be planned and created through a computer program that is also connected to the laser.”

Consumers are getting more interested in upcycled textiles, which don’t all look exactly alike the way mass-produced items do.

“There is a market for it, especially during Covid when people are tighter with their spending and looking for more impact spending. Studies among millennials, even last year, show they are ready to abandon brands if they find out another brand does more good.” 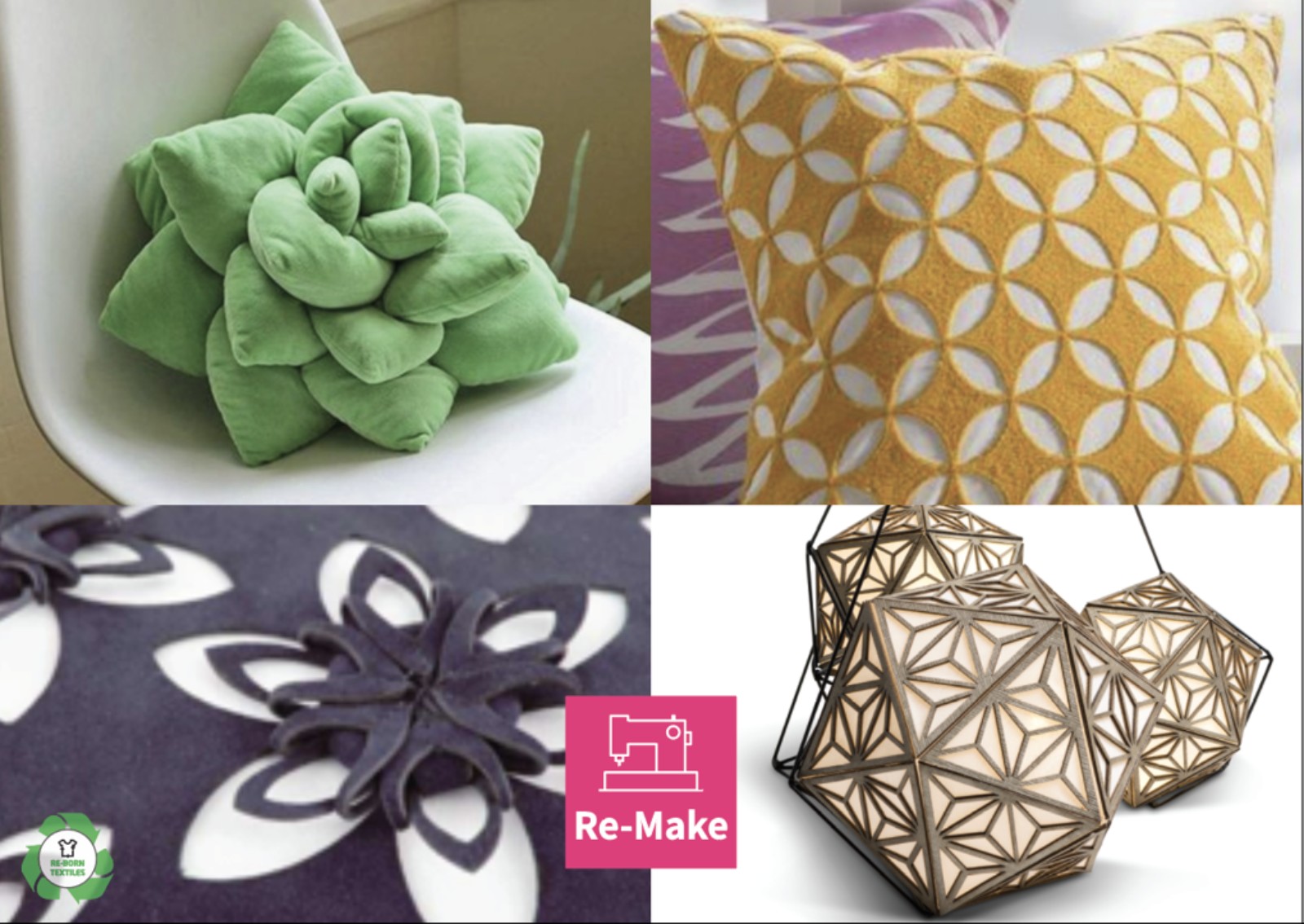 A collection bin for clothing that will go to Re-Born Textiles in Kfar Saba. Photo by Liran Maimon

Kanar and her Re-Fresh Global partner, Revital Nadiv, have made Re-Born Textiles their flagship project.

“We feel a real lack of solutions for textile waste and this is something made in Israel that can solve the problem.”