Paso Robles-based Justin Vineyards and Winery is acquiring Napa’s Lewis Cellars, Wine Spectator has learned. The price was not disclosed. The deal includes the brand, winery and inventory. Justin, owned by the Resnick family’s Wonderful Company, a large farming firm that owns brands like Fiji Water and Pom Wonderful, will provide a marketing and sales arm to the brand, while co-founder Randy Lewis and president Dennis Bell will remain at the helm of operations, along with winemaker James McCeney.

“Randy and I have been seeking a compatible partner to maintain the quality and consistency of our wines while taking Lewis Cellars to the next level,” Bell told Wine Spectator. “We’ve found that partner with Justin.”

Lewis Cellars was founded in 1992 after Lewis put race-car driving in the rear-view mirror following a crash at the 1991 Indianapolis 500. Lewis and his wife, Debbie, founded the winery, with Lewis learning the winemaking craft from friend and fellow vintner Bob Miner at Oakville Ranch. Debbie focused on the business side, and her son Dennis Bell joined the family operation in 1999.

Debbie passed away just a few months after the Wine of the Year announcement, following a long battle with cancer. But Randy and Dennis have kept the engine running since, with winemaker McCeney crafting the winery’s signature opulent yet polished style of wines. “We call ourselves a work family,” said Bell. “Our team has been together for 13-plus years and we’re not going anywhere anytime soon.”

Bell and Lewis believe Justin’s resources and established partnerships will help sustain their legacy and drive their collaboration forward. Clarence Chia, senior vice president of marketing, e-commerce and direct-to-consumer for Justin, echoed that. “Lewis Cellars has a rich history, superior quality and a pedigree that made it the perfect winery to help us expand into the Napa Valley region,” he said. “We look forward to being able to share the exquisite wine of Lewis Cellars with a broader luxury wine audience.”

Investment banker Justin Baldwin founded Justin Vineyards and Winery in 1981. The brand is one of Paso Robles’ largest and most well-known wineries, and includes an inn and restaurant and a downtown tasting room. Its flagship wine, Isosceles, earned the No. 6 spot among Wine Spectator‘s Top 100 wines of 2000. “The great brand and world-class wines are what made Lewis such an attractive addition,” said Chia. “Each brand in the portfolio has its unique region and style. Napa Valley is iconic to winemaking and was a missing piece in that puzzle.”

Justin was purchased in 2010 by the Wonderful Company, a private corporation owned by Stewart and Lynda Resnick. The firm owns large amounts of California farmland and the brands POM Wonderful, Fiji Water, Wonderful Pistachios and Wonderful Almonds and Halo Oranges. Its assets have been growing and include Sonoma’s Landmark Vineyards and JNSQ, a California rosé brand. “Bringing Lewis Cellars into our portfolio allows us to broaden our offerings, not only in geography but in sought-after award-winning wines,” said Chia.

“We are excited to join forces with the Justin team,” said Randy Lewis, in a statement. “As we approach our 30th anniversary, we’ve had the pleasure of perfecting our wines for decades. With the additional resources and industry expertise available through this partnership, we can really show the world the excellence we’ve bottled.”

Cruising In Comfort: Everything Is Always Included On Celebrity Cruises 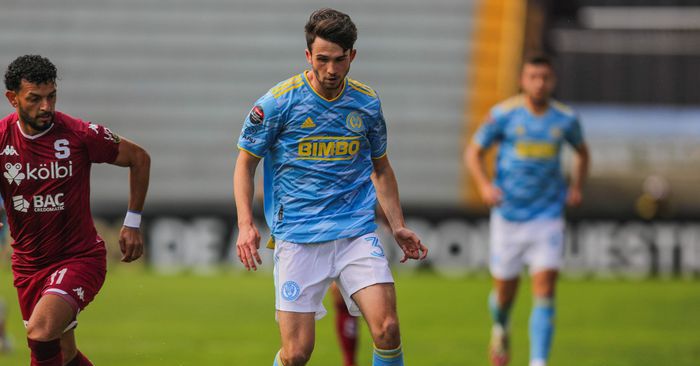