Grid Fight is a tactical ARPG set in a world of powerful goddesses and strange fantasy creatures. As you’ve no doubt gathered from its name, the action here plays out on a grid in real-time, allowing you to jump left, right, up, and down while firing off all manner of wild weaponry.

Battles can become utterly chaotic in no time flat, though there’s seemingly a good deal of tactical depth to the combat system, especially when it comes time to take on one of the game’s many bosses.

As you progress, you’ll build up a roster of 100+ unique heroes in a bid to cure the sickness that plagues the goddesses of the world. Interestingly, it’s more of a story-driven experience than you might expect, serving up tricky decisions at key points that will then alter the trajectory of your journey.

Depending on your actions, characters that you meet throughout the campaign may or may not decide to join your crew. Each boasts their own combat style and stats, hopefully keeping things fresh, and then there’s the fact that they all look so different to one another. It’s certainly an impressive feat to have such a varied and strange roster of heroes. 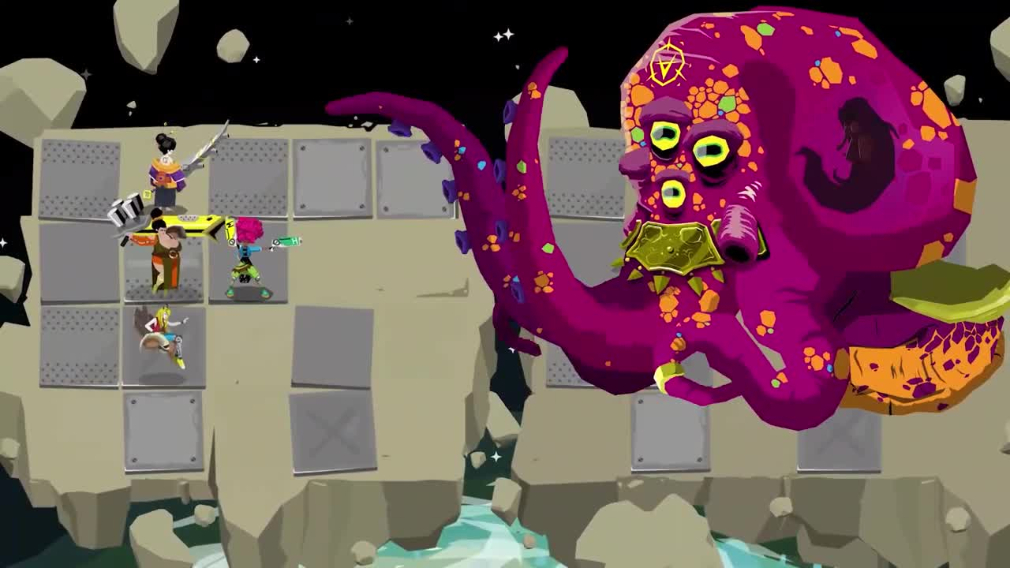 If single-player isn’t your thing, you could instead jump into the co-op mode with up to three other players. It looks like really good fun regardless of how you play, and its cast, world, and strong sense of style all have me intrigued.

Look for Grid Fight on Nintendo Switch and Steam in the hopefully not-too-distant future. And, if you haven’t done so already, be sure to check out our exclusive gameplay trailer embedded above. More info can be found over on developer Playtra Games’ official site.