Hilaria Baldwin Has Been Posing as a Spanish Person for Years 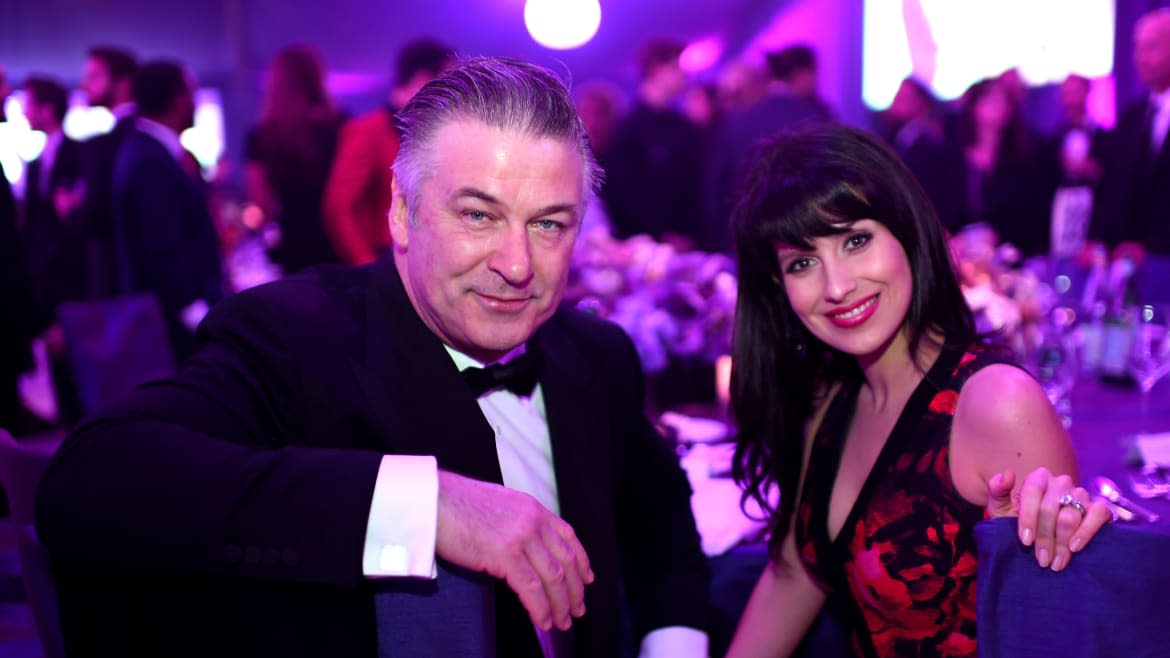 Last week, a Twitter sleuth sketched out how Hilaria Baldwin, the influencer wife of actor (and sometime SNL star) Alec Baldwin, has perpetrated “a decade long grift where she impersonates a Spanish person.”

The user, who goes by the handle @lenibriscoe, shared a number of damning videos of “Hilaria,” from a Good Morning America appearance where she employed a Spanish accent to a Today show stop in which she supposedly could not remember the English word for “cucumber.”

Further posts showed Hilaria’s mother discussing growing up in Longmeadow, Massachusetts, and numerous articles pointed to how she had spent virtually her entire career practicing medicine in Massachusetts, where she’d served as “an associate physician at Massachusetts General Hospital and assistant professor of medicine at Harvard Medical School” until she “retired from both positions in 2012,” according to MassLive. (In a video interview she said she moved to Mallorca, Spain, in 2011, the same year Hilaria began dating Alec.) An obituary for Hilaria’s grandfather on her father’s side stated that he was an American with roots in the country that “pre-dated the American Revolution,” while a wedding announcement indicated that her grandfather’s first wife (and mother of their children) hailed from Nebraska.

Hilaria Baldwin’s CAA speaker page claims that she was born in Mallorca, Spain, as does her IMDb bio and Wikipedia page. She said on a podcast earlier this year: “I moved here [to America] when I was 19 to go to NYU from… my family lives in Spain, they live in Mallorca,” adding, “I knew no pop culture.” She has graced the cover of Hola! magazine, a Spanish-language publication based out of Madrid, where she was identified as a Spanish person in both the interview and its press release. Alec Baldwin has repeatedly referred to her as “Spanish” online. And she’s made a number of appearances in Latina magazine, which she’s enthusiastically promoted (Spain is not a part of Latin America, by the way), and has referred to Spain as her “home.”

If that weren’t enough, her five young children with Baldwin all have Spanish names.

It appears that Hilaria’s real name is Hillary Hayward-Thomas, according to her old MySpace page and those who claim to be her old classmates. She attended the private Cambridge School of Weston, in Massachusetts, and in her senior yearbook is listed as “Hillary Hayward-Thomas”:

A Nexis search disclosed that her New York voter registration is under both the names “Hilaria L. Baldwin” and “Hillary Hayward-Thomas.”

In light of the Twitter Discourse, Hilaria took to Instagram to explain her side of the story. “First thing I told my husband is that I was born in Boston,” she said. “I spent a lot of my childhood in Spain. My nuclear family lives in Spain and has lived there for a long time. And I came here—I was moving around a lot, but I came here when I was 19 years old to go to college.”

She continued: “I’ve never said that my mother was Spanish, my family is a big mix of so many different things… I don’t really understand why this is turning into such a big thing. I want to take it seriously, but I also don’t want it to be all of a sudden I’m apologizing for who I am. Because at this point, I’m starting to feel that I’m being attacked for who I am, and that no answer is the right answer.”

Alec Baldwin also took to Instagram and, over the course of eight meandering minutes, appeared to deny that there was any merit to the controversy surrounding Hilaria.

“The majority of what’s been said, and—again, I don’t want to enumerate what those things are—is false,” he asserted. “And some of it’s so spectacularly false… As much as that hurts, the only thing I can do is talk to that half of the public or portion of the public who understands what I mean when I say, ‘Consider the source.’ Consider the source.”

Now, there is still the possibility that Hilaria Baldwin spent a considerable amount of time in Spain as a child and may be possessed of a fondness for Spanish culture, but it does not appear likely that she is Spanish. (Her New York Times wedding announcement says she “was raised in Boston and Spain.”)

In a bizarre twist, the first person who appears to have called out Hilaria Baldwin on all this is none other than Genevieve Sabourin, Alec Baldwin’s stalker. In 2012, Sabourin tweeted, “Alec Baldwin wife Hilaria REAL name:Hilary Hayward-Thomas.LIED wile call 911 on me w her false name.I’ll file 4felony.” She was ultimately convicted of stalking Alec Baldwin and sentenced to six months in prison.

Got a tip? Send it to The Daily Beast here