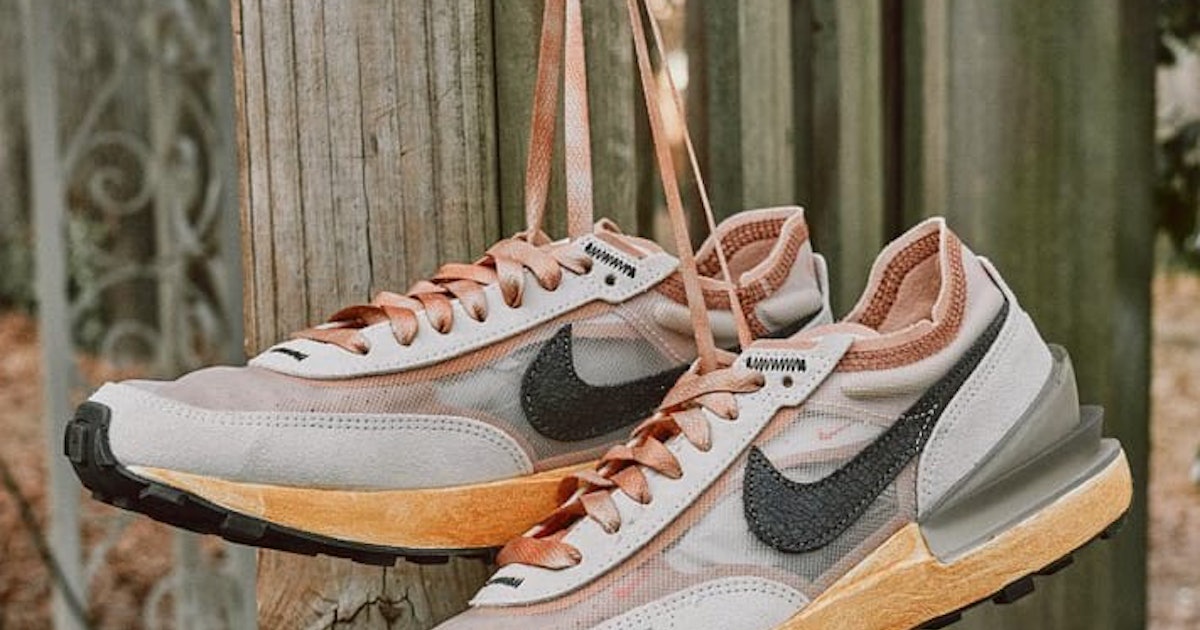 After unveiling A Ma Maniére’s Air Jordan 3 collaboration, the Whitaker Group revealed it would release a “Nike Waffle One” sneaker, exclusively available at sneaker boutique Social Status. Prior to the launch, however, Whitaker Group announced it would delay the Waffle One’s release date — for a good cause. To help support families in Texas, where a winter storm left millions without power or water, the company announced it would extend the draw for its Waffle One, with an option for participants to donate any amount with their entry. While the wait may be disappointing for sneakerheads, the Whitaker Group has provided them with even more time to enter the shoe raffle, and better yet, an opportunity to help those in need.

That said, this isn’t the first time a raffle has been disrupted. Most recently, and perhaps most infamously, Trophy Room raffled off its Jordan 1 “Freeze Out,” and was plagued by errors, backdooring claims, and angry participants. The disastrous event put a damper on the draw system, which has become more popular as drops see an increase in bots and resellers.

Despite the backlash, Carpet Company announced it would raffle off a pair of its collaborative Nike Dunk High sneakers, with every $20 purchase on Carpet Company’s website automatically granting shoppers one raffle entry. But to combat the same issues Trophy Room faced, the skate brand will cancel any “suspicious” orders.

Philanthropic footwear — The Whitaker Group has now taken the draw system to another level, benefitting not just sneaker lovers but also the disadvantaged. “I’m sure there are people who are disappointed we are moving this launch, but that disappointment can’t match how Black and Brown people in Houston are coping without power, food, and water — in the midst of a year-long pandemic,” said James Whitner, owner of Whitaker Group.

“Our team in Houston is deeply affected as well. This is bigger than sneakers and fashion, this is about showing up where it’s most needed.” All fundraising and assistance efforts will be led by The Whitaker Project, a non-profit arm of the Whitaker Group.

As for the sneaker draw, a larger donation doesn’t translate into more entries — that would defeat the purpose of the raffle. Still, we’re sure many are submitting multiple entries for the coveted shoe. Conceptualized by notable footwear designer Frank Cooke, the Whitaker Waffle One supplies a mixture of modern materials and aged detailing.

An ultra-fine mesh upper reveals the shoe’s support structures, while suede mudguards, eyestays, and heels add a touch of luxury. A rusty orange takes over the laces and upper, while the black Swooshes are made of cracked leather. Meant to look worn, the shoe also boasts a yellowed midsole.

Worth the wait — The Whitaker Group’s exclusive Nike Waffle One, originally slated to drop February 26, will now release March 4 via Social Status and A.P.B. Only 500 individually number pairs will launch, each priced at $120.

Thousands of hypebeasts are preparing for the limited drop, but you can increase your chances by entering the Whitaker Group’s raffle on the Social Status and A.P.B. websites. While you’re there, consider donating to help families in Texas — you could be scoring heat while providing some to those in need.