If you’ve ever unwrapped a gift, you know the familiar pangs of excitement that go along with each pull of the wrapping from tamales, or bungkus, Balinese-style rice wrapped in banana leaves. If you’re Balinese and living in Los Angeles, it feels familiar because though you’ve searched high and low for a proper bungkus, you’ve probably come up empty-handed.

At Bungkus Bagus, Celene and Tara Carraras, two Bali and L.A.-raised sisters are serving this staple dish and other tropical Indonesian foods in Glendale, out of the driveway of their teenage home. “Bungkus literally means wrap or package,” says Celene, who moved to Bali when she was three months old and first started eating it around the age of two. Found commonly in most corner stores in Bali, bungkus can be hard to come by in Los Angeles. “L.A. has some good Indonesian restaurants, but I’ve never seen anything with Bali-specific food,” she says.

It’s a dish that means the world to a lot of people, and the reaction from Balinese immigrants has been more significant than the Carraras’ could ever have imagined. “My friend’s dad even started crying,” Tara admits. “He said it tastes like his old life.”

It was their ibu, or nanny, that first brought the magic of bungkus into their lives. “Westerners in Bali can afford to hire help at home,” Celene says of her Californian parents, “So we had an ibu who would sneak me bungkus to eat for lunch.” Though her mom didn’t want her to have it so often, bungkus quickly became Celene’s favorite lunch, and she found herself sneaking around the back of the house with her ibu to enjoy it.

Tara, who was born in Bali, explains that their ibu remains a major inspiration in their journey. “She was a local businesswoman who owned a corner store where you get bungkus,” she says, “So she was really influential to us. We’ve spent a lot of time making sure that it’s what we remember so that we can translate it as purely as we can.”

For the Carraras,’ it’s bigger than just cooking. “We plug into something spiritual when we do this.”

Though bungkus can vary from place to place, the Balinese package of wonders always has a few staple ingredients. First and foremost: a heaping amount of white rice. There’s usually some kind of green, which could range from fresh coconut milk-cooked greens to steamed veggies (often water spinach), a bright protein (like chicken or salted fish), a fritter, and homemade sambal, or chili sauce. There are as many different sambals out there as there are ibus, too, each one making their own distinctive style.

If you love heat, the Carraras’ sambal goreng is homemade and worth venturing to Glendale to try alone. Though sambal is very common throughout Indonesia, sambal goreng is unique to Bali because it’s deep-fried and dry. “A lot of sambal you’ll get is wet,” Tara says. Spicy, slightly sweet, and very salty, the Bungkus Bagus sambal is the part of the meal you’ll think about days after you eat it. It’s also far more labor-intensive than you’d ever imagine; for one pop-up’s worth of sambal (not including the six-ounce containers they sell on the side), the process can take over 10 hours. The Carraras are chopping and frying Thai chilies, shallots, and garlic, all completely by hand.

“In Bali, everything is communal,” Tara explains. “The food is so labor-intensive, but it makes sense because you always have help.”

So what’s in their version of bungkus? They’re continually expanding and rotating a few ingredients, but you’ll find a variation of the same eight dishes inside theirs. And it always starts with the rice. “If your rice is bogus, everything is wrong,” says Celene. Their rice is coconut rice, made with coconut milk, fresh knots of lemongrass, coconut leaves, and galangal, which Celene describes as “ginger’s weird, spicy brother”.

For one pop-up’s worth of sambal (not including the six-ounce containers they sell on the side), the process can take over 10 hours.

The coconut rice is the first thing you’ll see and smell when you open your bungkus, like an iceberg peeking out of icy water. Sayur urab, or long bean salad, fills out one corner, right next to tempeh (a standard Indonesian ingredient long before its vegan Western popularity), fried in a sweet and spicy sauce. You’ve also got tender chicken curry, slow-cooked for at least six hours in coconut milk, lemongrass, and their signature spice paste base. One of the unique parts of the bungkus comes in the form of a boiled egg with a fried outer edge, topped with chili paste.

“Toppings are huge in Balinese food,” Tara says, which is why you’ll see the egg topped with chili paste, the rice topped with abon babi (dried pork floss), and other sides of sambal goreng and roasted soybeans with homegrown makrut lime leaves. The end result is pure, unadulterated happiness, and unwrapping a bungkus is like unwrapping a present. As Tara says, “The tangible result of giving somebody a meal like a gift is so satisfying.

They’ve been cooking for many years, but the idea of a restaurant in Los Angeles has always seemed like a far-off dream. “We just always assumed that you needed a brick and mortar,” they say. “COVID showed us that you don’t need that.”

They’re right. If any positive effect from COVID exists, it’s the rise of pop-ups throughout our city. We’ve seen everything from chirashi pop-ups in Silver Lake all the way to vegan taco pop-ups in Whittier And for a sleepy area in the northern stretches of Glendale, this type of thing hasn’t really been seen.

COVID is also what brought Celene and Tara in the same house for the first time in over a decade. “I think that being united and living together in this house again helped unlock some creative energy that we haven’t had since we were teenagers,” Celene reflects.

It’s important to them to showcase the flavors of Bali. “We’re making lemonade out of the lemons in this strange time,” says Tara. In many ways, Bungkus Bagus is a homecoming. Bali’s tourism has exploded over the years thanks in no small part to the forgiving exchange rate for Americans and Australians, and the Carraras’ feel that “old Bali’ is starting to fade.

“There’s a big hole in representation for specifically Balinese food that is slowly getting lost,” Tara says. Through their cooking, the sisters are showing us the old world, a pre-mass tourism Bali.

“It’s obviously hard to travel right now, but I think when you eat a bungkus, you go somewhere else,” Tara says. Celene adds, “There are people who love and know this food. My dad ate the same bungkus every day for 35 years.”

It’s a dish that means the world to a lot of people, and the reaction from Balinese immigrants has been more significant than the Carraras’ could ever have imagined. “My friend’s dad even started crying,” Tara admits. “He said it tastes like his old life.”

Bungkus Bagus is a pop-up, orders are made via their website.

Appreciate this story? It was paid for by our members. You can support local journalism in Los Angeles by becoming a Member of L.A. TACO today! Join the Taco family and get super cool perks from our favorite taco spots, exclusive merch, access to giveaways and more. You’ll also be helping support a free and independent news and culture source for the city of Los Angeles Join L.A. Taco Now. 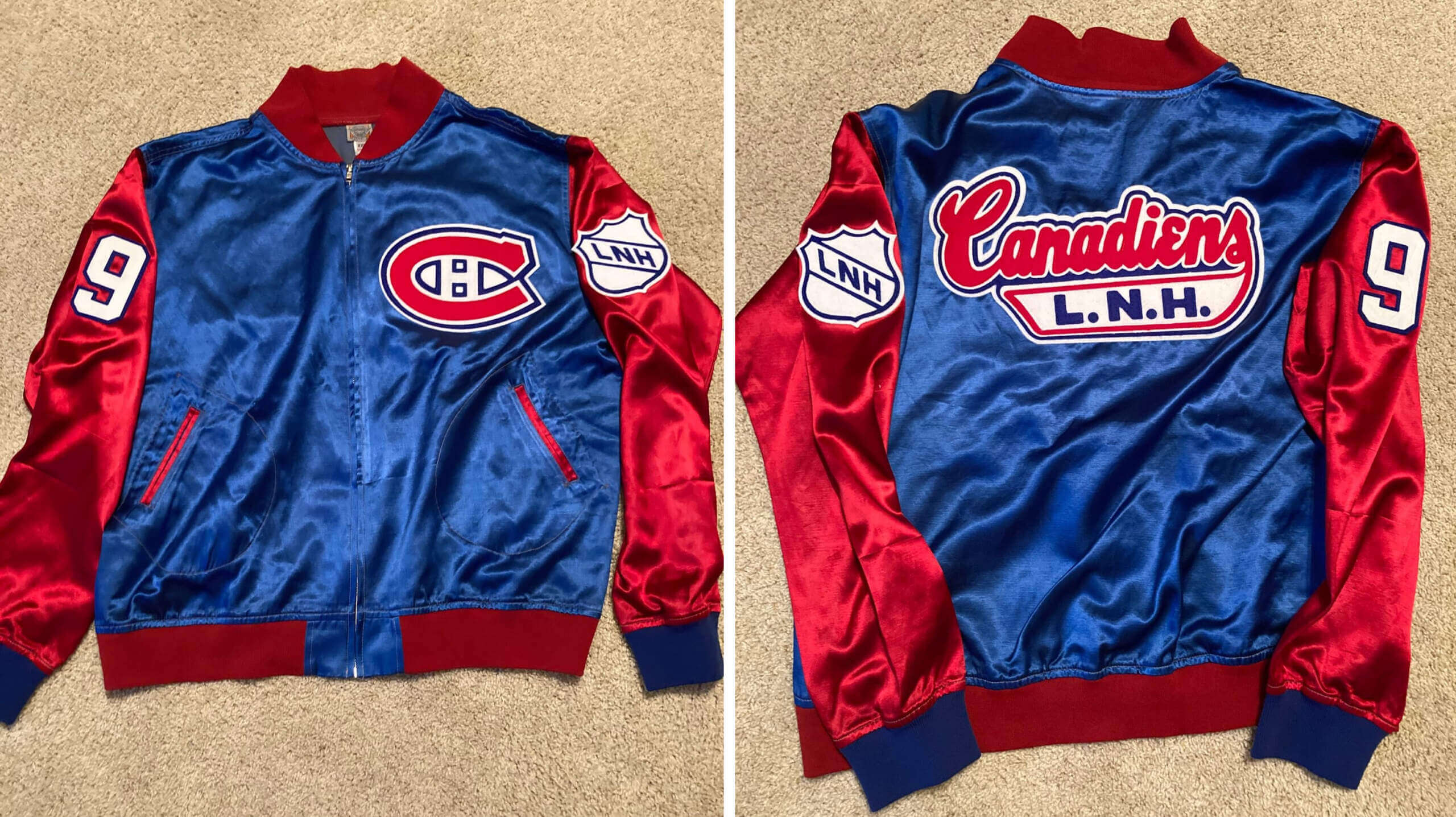