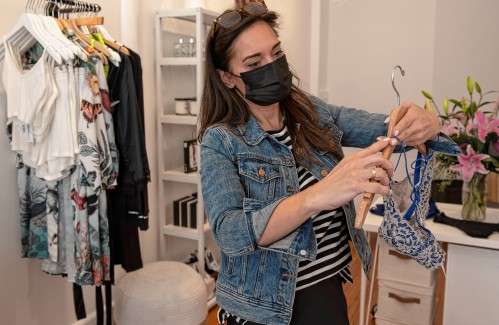 AMHERST — When Suzanne Sheldon opened Art of Intimates in early November, she knew her retail background and strong Instagram presence would help bring something unique to downtown Amherst.

Art of Intimates, an up-and-coming lingerie and loungewear shop, is operated entirely by Sheldon, who manages her own web design, arranges with suppliers, and runs the day-to-day activity of the store.

Sheldon’s business was brought to life last November when she launched artofintimates.com as an online shopping destination. After her distributors recommended that she expand to a brick-and-mortar store last August, Sheldon landed at 44 Main St. in downtown Amherst.

“It’s one of the best locations in the area,” she said of the constant foot traffic and strong student presence from UMass Amherst and Amherst College.

Sheldon moved to Amherst two years ago after working in retail for years at J.Crew in Kansas City. While she lived there, she also started using Instagram as a way to promote local boutiques with creative posts and photography. This advertising expanded to promoting brands and boutiques around the globe, including the United States, Colombia and Australia.

Over the years Sheldon has amassed over 40,000 followers on the platform, which she now uses to promote her own business.

“I use it to show new products and run stories about the store,” she said.

Sheldon said she’s already received a “positive response from everybody,” after meeting with neighboring businesses, including Bistro 63, LimeRed Teahouse and Arigato Japanese Restaurant downtown. “Everyone has been super sweet,” she said.

She described Art of Intimates as an “added bonus for the town in general,” as downtown Amherst doesn’t have a store like hers.

In addition to lingerie, underwear and bras, the store a carries loungewear such as pants and leggings, shorts, robes and kimonos, and short and long sleeve tops. Other products include swimwear and other apparel such as dresses, cardigans and sweaters and tops.

Sheldon also said she doesn’t anticipate much competition from large chains such as Victoria’s Secret because her business has more local appeal.

“What I’m bringing to Amherst is unique,” she said, noting that she also carries shirts, underwear, and socks for men.

Sheldon noted that students in the area shouldn’t be afraid to come by and shop on a budget, as she emphasized reasonable prices as a business priority.

Also, she said she hopes to engage local students further by offering internships at Art of Intimates in marketing and fashion. As a mother of two daughters, Sheldon recognizes how difficult it can be to secure an internship and she wants to help out college students.

On top of interns, Sheldon said she “will absolutely be hiring” in the near future, likely before Valentine’s Day, for help with the store’s retail operations.

Although Art of Intimates has been open since Nov. 2, Sheldon said she’s planning on having a grand opening on Nov. 19 to give her business a bigger spotlight on the downtown stage.

Sheldon originally moved to Amherst because of her husband’s new job at Cooley-Dickinson Hospital in Northampton. Speaking to her personal entrepreneurial journey, Sheldon said she “wouldn’t have been able to do this without my husband’s support.” 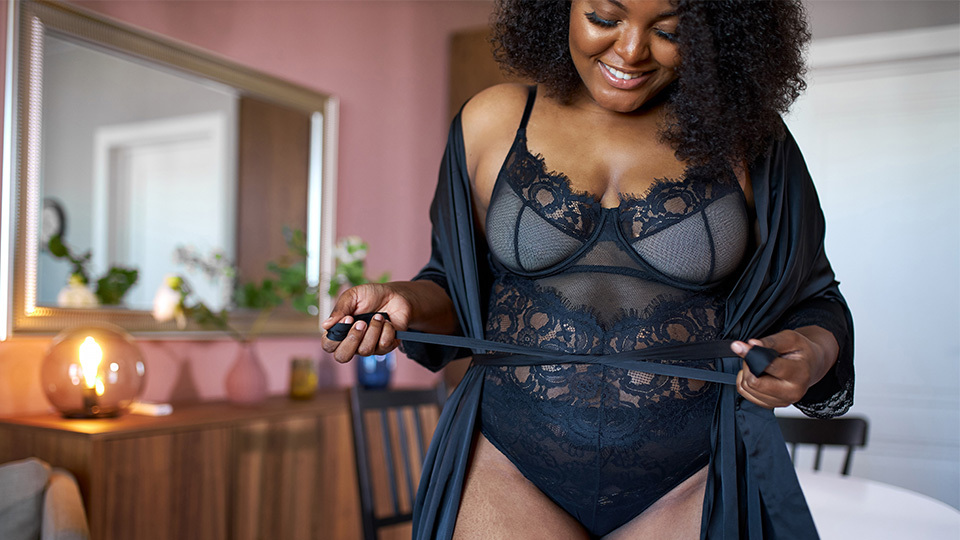