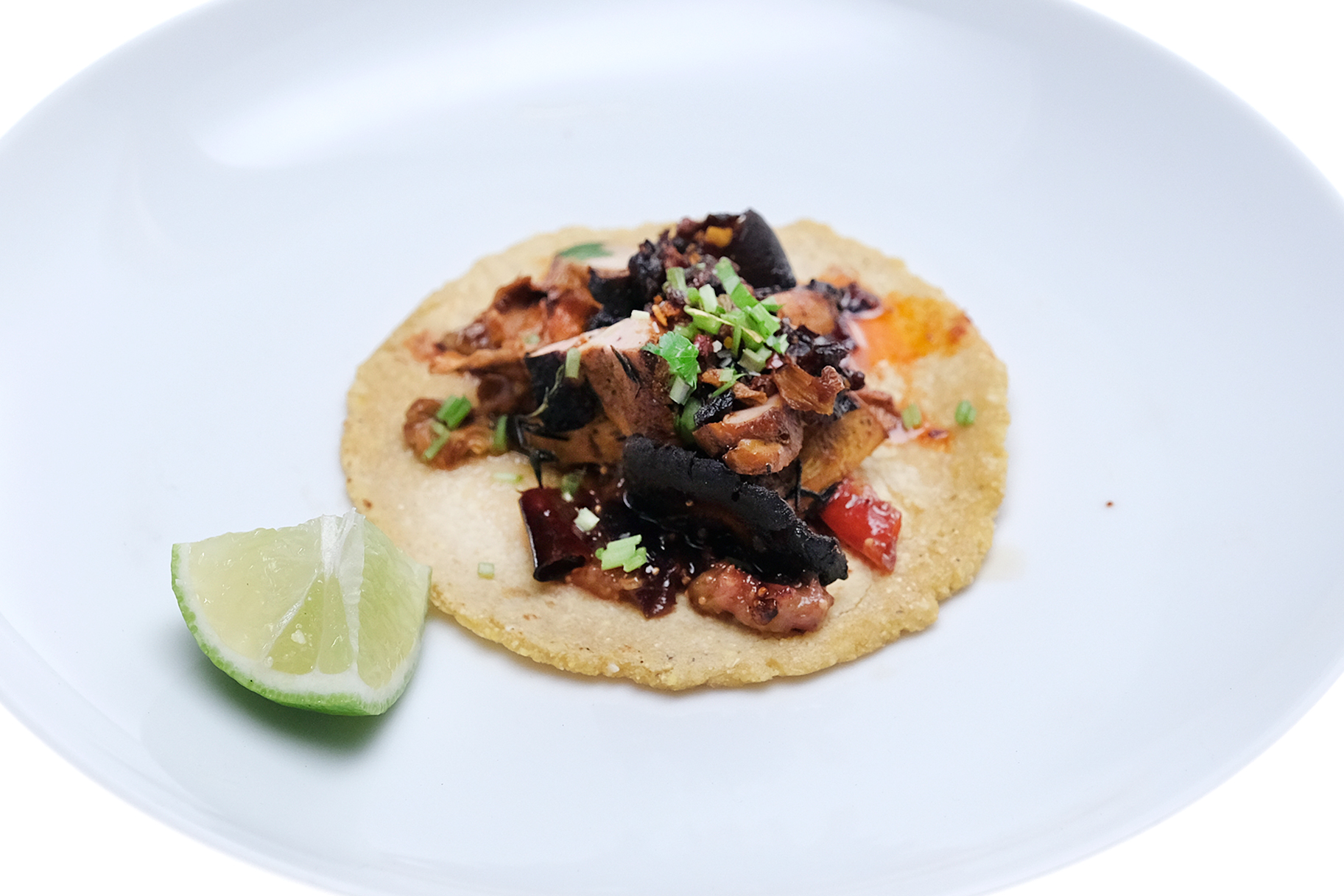 On the May 6 episode of Bravo’s Top Chef, the contestants were shocked to discover Tom Colicchio would be their guest judge for the day’s Quickfire challenge. As Producer Rich Brusa told BravoTV.com exclusively, “Tom doesn’t judge the Quickfires, so typically when they see Tom, they know something is up: There’s a twist, there’s something about to happen.”

Padma Lakshmi explained that Tom would judge the 30-minute challenge because the chefs would “be working with one of his favorite ingredients: mushrooms.” In addition to mushrooms from seven different regions of Oregon, the chefs also had Better Than Bouillon products (such as Roasted Beef, Roasted Chicken, Seasoned Vegetable, Roasted Garlic, Onion, and Mushroom) on hand to complement and enhance the flavors of their dishes.

Here, get a step-by-step guide to making Gabe’s next-level mushroom taco, with a tortilla that Tom raved was “beautifully made.”

Before the challenge even kicked off with Tom as the judge, the cheftestants were hit with another surprise: they had been “transported to some magic Top Chef kitchen forest,” as Sara Hauman explained it. While the kitchen setup looked incredible with new greenery, tree stumps, and forest-like decor, it turns out that it wasn’t originally the planned location for the challenge.

“We were meant to do this on location in a park. I had scouted almost every single park in Portland with a view,” said Brusa. “Initially the challenge was going to be to take something called a Swedish [fire] log, that was going to be their heat source and their cooking surface, and they [would] have to light the stump themselves.”

However, the crew quickly made plans to move the challenge indoors. “That was when the wildfires started to get a little out of control in Oregon. [I said,] ‘This feels like this wrong timing.’ Brusa recalled. “So we decided to pivot and instead of doing it on location, [did] it in the kitchen instead. As a result of that, the art department had to kind of go wild with trying to deck out our kitchen. I can’t think of another time that we really transformed the kitchen in this way.”

The cheftestants were blown away by the transformation, but they weren’t exactly excited to learn that the tree stumps weren’t just decor, but their workstations. While Brusa admitted that production initially wondered, “Is this too hard? Are they gonna have enough space to actually cook?” when the challenge came to life, “Seeing everyone’s different methods was probably the most fun part to watch.”

To ensure a fair and smooth cooking process, the Top Chef team “got in touch with a logger, or a lumberjack… to cut each stump specifically the same height and make sure that [they were] coming from the same trees so they’re about the same width,” Brusa said. “It’s important that everyone have as close to an identical station as possible. This way they’re all on an even playing field.”

Want more Top Chef? Catch up on the latest season through the Bravo app.

Bravo’s Style & Living is your window to the fabulous lifestyles of Bravolebrities. Be the first to know about all the best fashion and beauty looks, the breathtaking homes Bravo stars live in, everything they’re eating and drinking, and so much more. Sign up to become a Bravo Insider and get exclusive extras.