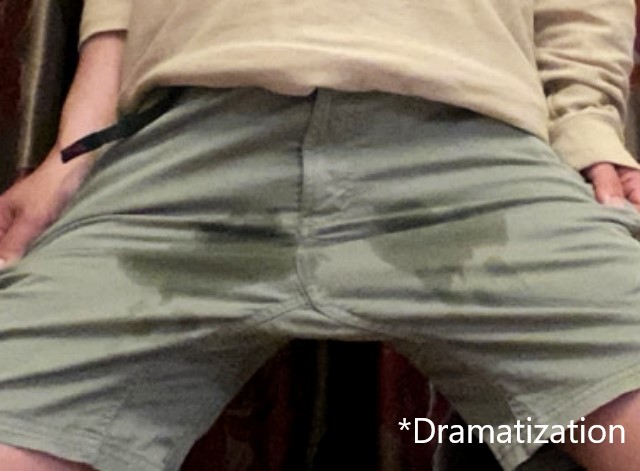 Authorities fear he may do it again.

In the afternoon of 30 August some little girls were playing in a park in Nara City, Nara Prefecture, when suddenly a man appeared. He asked the girls “Where is a restroom?” However, when urine could be seen leaking from his shorts he told them, “Don’t tell anyone else about this.”

The girls ignored his request and reported the encounter to the Nara Prefectural Police who then issued the following suspicious person alert online:

“According to Nara Prefectural Police, at approximately 5:00 p.m. on 30 August, urination occurred by a male in a park near Fujinokidai 3-Chome, Nara City. The perpetrator is 20 to 30 years old, was wearing a white T-shirt, black shorts, and carrying a green tote bag.
Behavior and speech of the perpetrator
– With urine leaking, called out to girls who were playing and asked the location of a toilet.
– ‘Do you know where there’s a restroom?’
– ‘Don’t tell anyone else.’”

Going by the information presented, it really looks as if this was just a guy who peed his pants and in a befuddled state of embarrassment asked some kids not to tell anyone what happened. People online too failed to see the danger he posed.

“Oh, that poor guy.”
“Kudos to the police for keep things professional with ‘urination occurred.’”
“He begged those girls not to tell anyone, and this is what they did?”
“Isn’t this just a guy asking where the bathroom was?”
“He didn’t pull it out and start peeing in front of them, so I don’t think this was malicious.”
“It’s getting harder and harder to live in Japan.”
“So, did the kids tell him where the toilet was or not?”
“There are people who enjoy peeing themselves in public.”

While there is a fetish of wetting oneself or watching others wet themselves, known as omorashi, there doesn’t seem to be anything suggesting this was the cause aside from a man peeing himself. Had he been smiling the whole time or something equally unsettling, it probably would have been included in the “behavior and speech” bullet points.

Still, it’s better to be safe than sorry, especially when kids are involved, and especially in a world where there are guys paying young boys to sneeze and police officers intentionally clogging women’s restroom toilets.

At least, this guy is now on record and if he’s spotted wetting himself in front of others again it’ll be much more likely that something’s up. It’s like the old saying goes: “Pee yourself once, shame on you. Pee yourself twice, shame on us.”