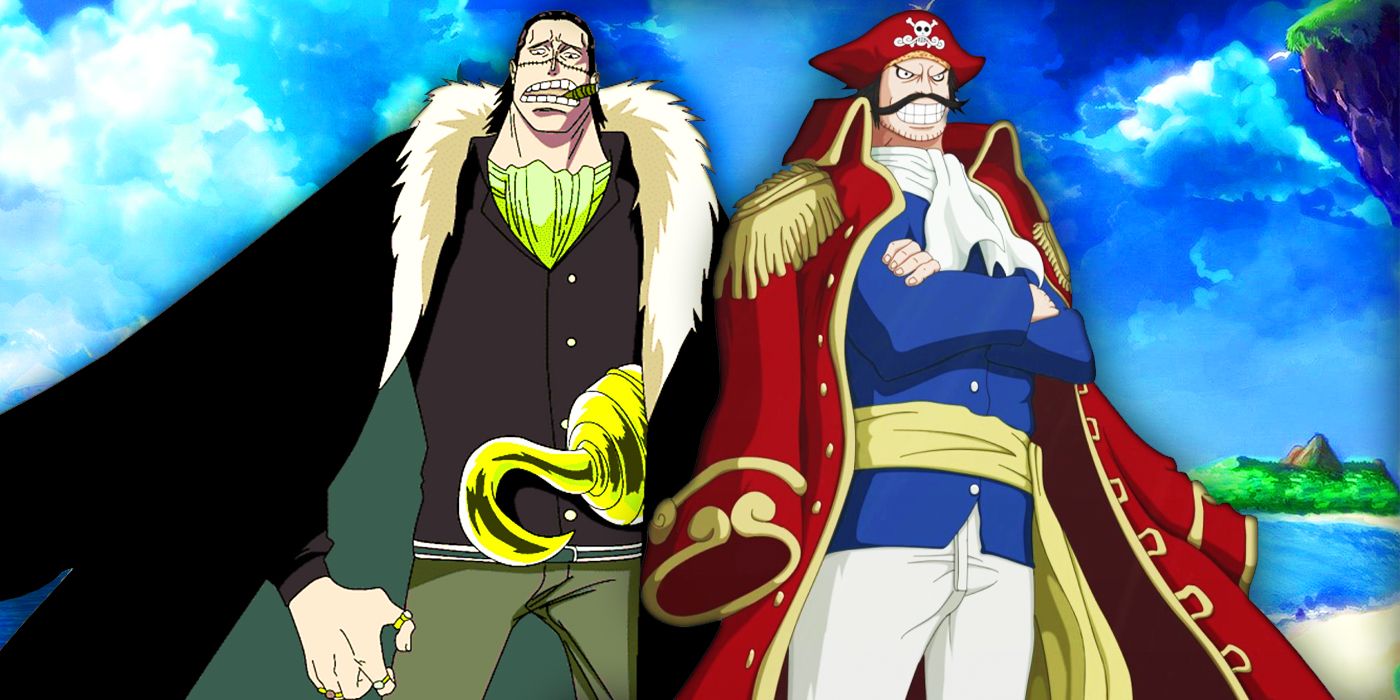 One Piece’s creator uses quintessential pirate clothing to make significant statements about the characters who are accessorized by iconic items.

There’s a lot to be said about how One Piece lifts from history in portraying pirates, their legacies and replicating the time when piracy was far more commonplace. While the simple mention of pirates is enough to spark specific imagery in someone’s head, iconic looks — like hooks and eye patches — are scarcely used.

With some of One Piece‘s most notable characters being based on real-life pirates, you can’t argue the real-world influences. For a manga about pirates, creator Eiichiro Oda pays special attention to how he represents the most notable sea-faring fashion accessories, using them to make a statement about the characters he gives them to. How much of One Piece‘s overall fashion and design sense borrow from how we perceive pirates — and what do they mean?

RELATED: One Piece: Zoro & Kaido Have More in Common Than They Realize

Fashion is reasonably fluid in One Piece, changing depending on the arc or maybe even by how Oda feels at a given time. Unlike a series like Naruto, where characters are committed to one or two sets of clothes for the series’ run, One Piece characters will frequently shift their outfits between arcs — The Straw Hat Pirates especially. Whole Cake Island saw the crew in more formal wear, Alabasta needed them dressed for desert conditions and Wano now has their attire fitting for Fuedal Japan.

Still, the familiar pirate design tropes, like hook hands, peg legs, 18th Century long-coats and eye patches, aren’t really all used to embody one specific character. One Piece doesn’t have a quintessential, classic pirate because Oda parses the iconic imagery out with a strategy. Take the Pirate King, Gold Roger, for example. He has a doublet and captain’s hat, and even his handlebar mustache echoes to an old-fashioned time. Yet, he lacks the most well-established pirate designs like a hook hand, eyepatch or a peg leg.

RELATED: One Piece’s Most Underestimated Hero Starts a Mutiny Within the Beast Pirates

Instead, Oda will use the more iconic clothing or accessories to embody how unique a character is, like Sir Crocodile — who wears an imposing golden hook over his left hand. However, even Crocodile’s style, with his long fur coat, slick backed hair and fondness for cigars, harken more to a stereotypical mafia boss rather than a pirate, save for his golden hook.

Occasionally, we see the crew back in more fitting pirate clothes, like how Luffy began wearing his captain’s coat at the start of Onigashima — the first time he’s ever worn it outside of a color spread. Little needs to be said about Luffy’s strength and importance, but adding an iconic piece to his wardrobe could signify significant growth.

As for a peg-leg, look no further than one of the few good father figures in One Piece, head chef of the Baratie, Zeff. His leg, like a scar, tells the audience an unspoken history about him while still eliciting more curiosity since he’s a chef. The reveal that Zeff is the famous “Red-Leg” Zeff was signaled by iconic pirate imagery. Not to mention the more shocking and tragic truth that he ate his leg while he and Sanji were shipwrecked for 85 days with no food. Now retired, Zeff’s peg-leg is a visual representation of the hard-boiled cooks that run the Baratie restaurant and a unique character Oda highlighted.

Fans may have noticed that in all of One Piece‘s long history, we have yet to meet a single character who wears an eyepatch, and that’s a wholly intentional decision on Oda’s part. His general idea is that everyone has the same kind of vision in their head when they think of a pirate, and the eyepatch is vital to it. In fact, in 2007, he wrote a handwritten message to tie with One Para — a celebration of the manga’s 10th anniversary — that spoke on the matter. In it, Oda says:

“I thought if there’s an image in everyone’s head about what a pirate is, then I thought I would write/draw about the process of the boy getting there. But it’s not like I dislike eyepatches, so in the final scenes of One Piece, there is one pirate who appears with an eye patch, I’m itching to draw this character.”

By the end of One Piece, we will have a character who wears an eyepatch, and the fact that Oda has been holding back who this character is speaks to the mangaka’s dedication and patience. That character could be the supposed Rocks D. Xebecs, who fans speculate to be still alive, or maybe a familiar name like Jimbei, Zoro or even Luffy will start wearing one. Whoever the character is, knowing Oda, they’ll undoubtedly be powerful, impactful or a combination of the two.

KEEP READING: One Piece’s Thriller Bark Finale Showcases a Team Battle Like No Other in Shonen

Tokyo Mew Mew: What to Know About the Adorable Shojo Series

Passionate writer, storyteller, game designer, and future King of the Pirates. Graduated from Marist College in 2020, he’s currently a featured writer for the anime/manga and games sections of CBR, but he also makes games on the side with friends. You can often find his face buried in manga or completely engrossed in some JRPG or a new shonen anime.