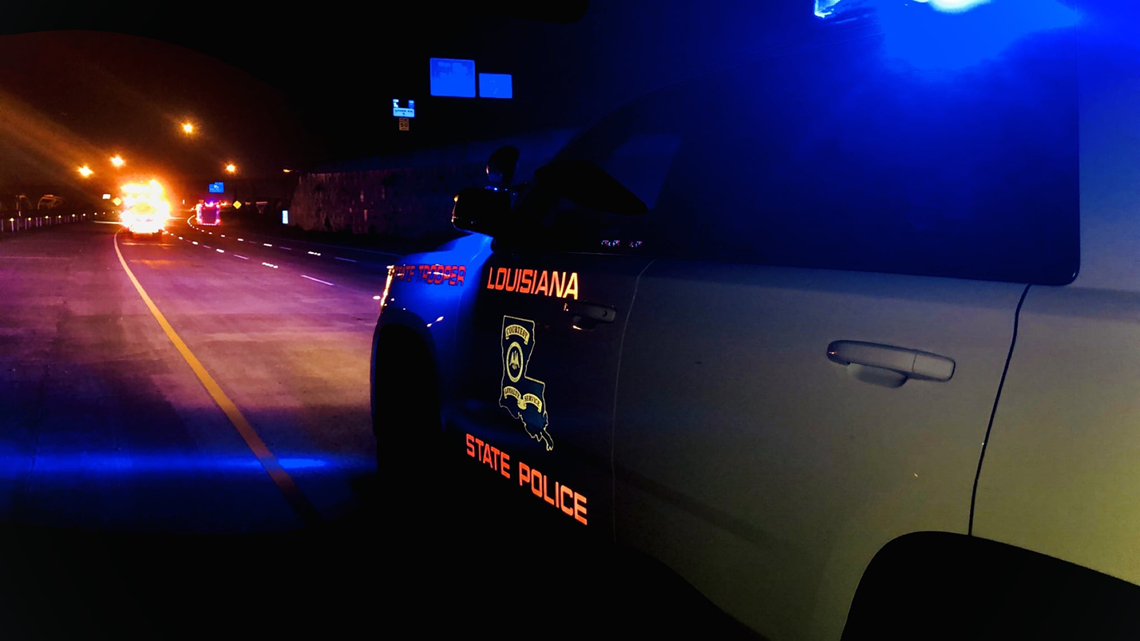 Police said Robert was wearing dark clothes when the accident happened, pedestrian are asked to make themselves visible to cars by wearing bright colored clothing.

According to police, 49-year-old Robert A. Mayeaux of Maurepas was walking northbound along the interstate just before 11 p.m., when a 2017 Kenworth 18-wheeler, also going north, pushed Mayeaux off the road.

Mayeaux was brought to a local hospital but died from his injuries.

Police said Robert was wearing dark clothing when the accident happened. Pedestrian are asked to make themselves visible to cars when walking near roadways by wearing bright colored clothing.

Louisiana State Police said the driver of the 18-wheeler was wearing a seatbelt when the crash happened and was not hurt.

A blood sample was taken from the driver to rule out impairment.

Louisiana law prohibits pedestrians from crossing any interstate, except in case of an emergency. If so, they are asked to carry a flashlight and if there is no sidewalk, pedestrians should walk on the shoulder or roadway edge facing traffic.

RELATED: One dead, one critically injured after shooting at New Years Eve celebration in Thibodaux

‎Stay up-to-date with the latest news and weather in the New Orleans area on the all-new free WWL TV app. Our app features the latest breaking news that impacts you and your family, interactive weather and radar, and live video from our newscasts and local events. LOCAL & BREAKING NEWS * Receive r…