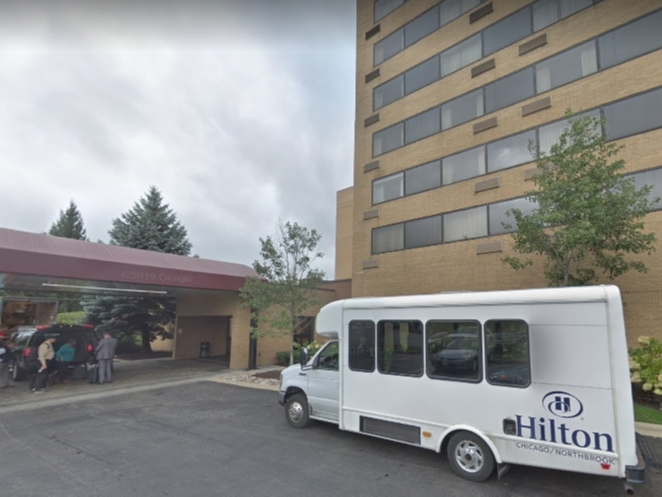 NORTHBROOK, IL — Just one day after a potential coronavirus super-spreader wedding celebration was held at a hotel near Northbrook, Gov. J.B. Pritzker is condemning the event where an estimated 200-300 people attended. During his daily coronavirus briefing Thursday, Pritzker called both the wedding and the hotel “irresponsible.”

“First of all, I’m deeply concerned for the people who attended that wedding. I understand people were in very close proximity to one another,” Pritzker said of the Wednesday evening event. “I understand those people will go back home, back into their communities and may infect other people…I hope each of them will isolate and get a [COVID-19] test.”

As first reported by CBS 2, the wedding and ceremony was held at the Hilton Chicago/Northbrook Hotel at 2855 Milwaukee Ave. Photos and video footage show hundreds of wedding-goers, many without masks, gathered together in crowded rooms and not practicing social distancing. The ceremony and reception came on the same day Illinois had a record 238 deaths in one day.

The event may be a violation of the state’s Tier 3 Resurgence Mitigations, which were instituted on Nov. 20.

The hotel is independently owned and operated, according to Hilton’s corporate office. In a statement, the Village of Northbrook said that the hotel is outside the village limits despite having a Northbrook zip code.

Pritzker said the Cook County Department of Health is looking into the matter and is considering citations and legal options.

“It’s very irresponsible and it’s also irresponsible of the hotel,” Pritzker said. “They too have breached the rules, and they should be held responsible.”

This article originally appeared on the Northbrook Patch