Song Joong-Ki Is Flawlessly Stylish As A Consigliere In ‘Vincenzo.’ 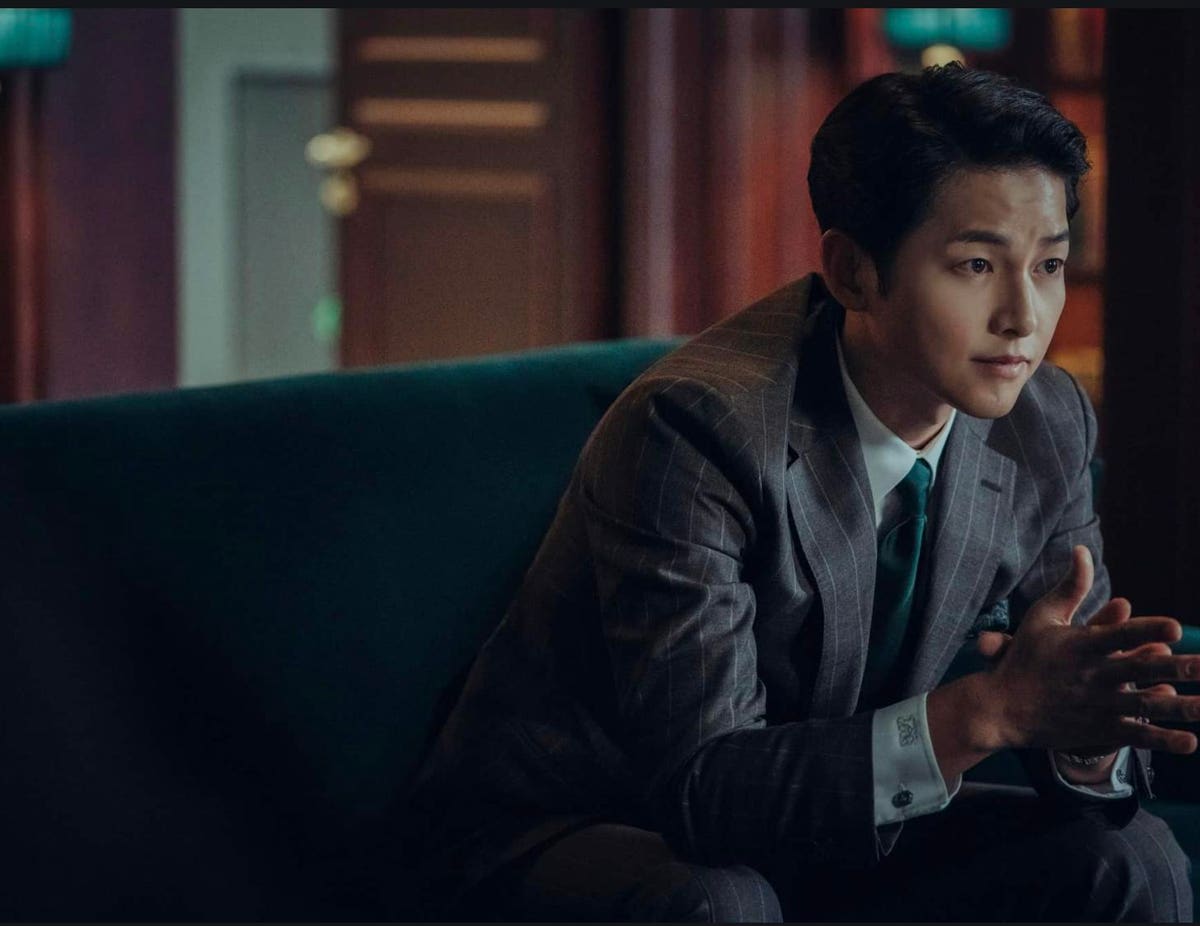 If the first 15 minutes of Vincenzo were a GQ magazine spread, whatever actor Song Joong-ki was wearing or driving would instantly sell out. Song as Vincenzo Cassano, a cold-hearted Mafia consigliere, looks flawlessly stylish as inventive camera angles capture his luxurious life serving the mob.

Arson and murder are everyday business negotiations for Vincenzo, but the sunny rococo background of his life in Italy makes such cruelty look almost forgivable. After all, he does have to follow the rules of the world he lives in.

“It’s not like we’re in a 90s gangster movie,” actress Jeon Yeo-bin says at one point in the drama’s opening episode.

Stylistically, Vincenzo might well be a 90s gangster movie, except that the consigliere is Korean and returns home to take care of business for a client. Then it’s very much a Korean drama, featuring core k-drama themes of twisted destinies, the struggle against corruption and the need for personal redemption.

Vincenzo returns to Seoul because of a derelict building purchased for a client and is using the building to hide a secret stash. The tenants of the building do not want to move and are convinced he is trying to evict them, but the real danger comes from a crooked company that is trying to buy the building and tear it down. The callous but well-heeled Vincenzo needs the building, so he aligns himself with the tenants and Hong Yoo-chan, a lawyer with an actual conscience, played by Yoo Jae-myung.

Yoo-chan is a lynchpin in this plot. He also helps a woman who has some relation to Vincenzo and is the reluctant father of the money-hungry lawyer Hong Cha-young, played by Jeon. Fate twists these characters together and that fate may help Vincenzo rethink life’s priorities .

Vincenzo had a long list of enemies when he was in Italy and since returning to Korea that list has only grown. He will need his exceptional legal and martial arts skills to survive their attempts to kill him—90s-gangster-movie-style. While he curses out Korea during his first days back, returning home may remind him that he was not always a coldhearted consigliere. With a highly stylized wink at the gangster genre, this drama offers a unique Korean twist.

Song, who delivers a chilling performance as Vincenzo, was last seen in the sci-fi film Space Sweepers and the drama Arthdal Chronicles. He is best known for his appearance in the drama Descendants of the Sun. Jeon appeared in the drama Save Me and the film After My Death. Vincenzo also stars Ok Taecyeon as an assistant to Jeon’s character.

The Most Stylish Characters From “To All The Boys: Always And Forever,” Ranked

Why More People in Denver Are Turning to DIY Fashion