The tornadoes that barreled through the South and the Midwest Friday night have claimed at least 88 lives, mostly in Kentucky.

So many survivors have lost loved ones, homes, belongings and a sense of security.

Here are the stories of some Kentuckians who survived the storm and are picking up the pieces.

‘I don’t know how I survived’

Murray Holbrook and two friends were in a hallway of a house in hard-hit Mayfield, Kentucky, when the tornado struck.

“I don’t know how I survived it,” Holbrook told ABC News. “It happened so quick … it sounded like two freight trains coming up on top of us.”

“I was trapped in there, but my two friends were able to get out and they went to go get help,” he said.

“I could see the rain, I could still hear the wind. And debris and dust were just flying all around me,” he recalled. “I thought something else was going to drop on top of the wall and completely crush me. I was scared and I just knew that I was going to die.”

Then a volunteer fireman arrived and pulled the debris off.

“I’m thankful and blessed. Because it could have been worse,” Holbrook said.

In Mayfield, Steve Sasseen huddled in the basement with two neighbors, putting laundry baskets and blankets over their heads when the twister closed in.

Sasseen said the tornado “sounded like someone picked the house up and dropped it — extremely loud.”

It was over within a few minutes and Sasseen said all he could see was “haze and dust.”

Once he went outside, the neighborhood “looked like a war zone,” Sasseen said.

“I’ve lived here all my life, and this is the worst thing I’ve ever had to go through,” he said. “I keep thinking it’s a nightmare and I’ll wake up.”

‘I thought he was gonna die’

Dakota, who did not share his last name, was working at the Mayfield Consumer Products candle factory when the tornado hit.

He said he was then able to wedge a fire hydrant under the fountain and he and a colleague dug their way out.

“We started pulling the rest of our team out and then we were able to get first responders to the areas that were needed,” Dakota said. “I found people [with] broken legs, pulling them out. Some were non-responsive. It was rough.”

Meanwhile, Dakota’s fiancee, Brandi, was in agony waiting for news. Dakota had texted her to say “we’re hit” by the twister, but then she said, “his phone just dropped and I couldn’t get ahold of him.”

“A while later, he called me and he said that he’s trapped, that he’s under all the debris,” Dakota said. “He didn’t know if anyone was gonna be able to find him. I could hear people screaming.”

“He called me and he said, ‘I love you. Tell mom I love her. I’m sorry, I tried.’ And in that moment I collapsed because I thought he was gonna die,” she said. “I thought my worst nightmare was coming true, and I didn’t hear from him for hours, not knowing he was OK.”

“The moment that he called me when he got out of the rubble, you know, it was just instant relief,” she said. “He said that he wasn’t gonna go get checked out, he had to go back for his people. He had his people back there. He had to go save them.”

Mayfield resident Rick Foley said parts of his home collapsed on top of him.

“I heard it coming,” he told ABC News. “My ears popped and everything just hit all at once. And I ducked down and just everything piled on top of me — all the debris.”

Covered in insulation and dirt and overwhelmed with shock, Foley spent the night in his bed after the tornado tore the walls apart.

‘We almost didn’t make it’

In Gilbertsville, Kentucky, miles of homes are completely leveled.

Wilbert Neil, 88, and his son, 63-year-old Jerry Neil, said all of their belongings, cars and clothes were buried in debris.

“Everything is destroyed,” Jerry Neil said. “We almost didn’t make it.”

Jerry Neil said if he and his father didn’t move to the basement when they did, they wouldn’t have survived.

When they went to survey the damage on Sunday, they managed to find a safe with cash, their wallets, a few spare clothes and their guns.

Wilbert Neil was visibly emotional when volunteers found old photographs and the belongings of his 85-year-old wife. She has Alzheimer’s and has no idea the house is destroyed, according to the family. Wilbert Neil said he couldn’t bring himself to tell her.

The Neils bought the two-story house in 2000, one year after they retired. It was the place where their grandchildren gathered during the holidays.

“This was the dream house for my wife,” he said tearfully. “We got it. She loved it. She’ll never see it again.”

When the tornado closed in, Deanna Cato couldn’t get her front door closed.

Her husband Todd Cato said he went to help, but as he pulled the door in, the door pushed out.

“All of a sudden the metal piece breaks — the door takes off,” he said. “We run to the basement.”

“It was a deafening roar,” Deanna Cato said. “Our basement’s pretty stout, so we really didn’t feel a whole lot of shaking. But you could hear it upstairs and there was just this loud ‘boom.'”

“Everything is gone,” Todd Cato said. “House is gone. Every car’s totaled. And you look around and the whole neighborhood’s the same way.”

“It just looks like a war zone. It literally looks just like a bomb went off everywhere,” he said. “But everybody’s safe.” 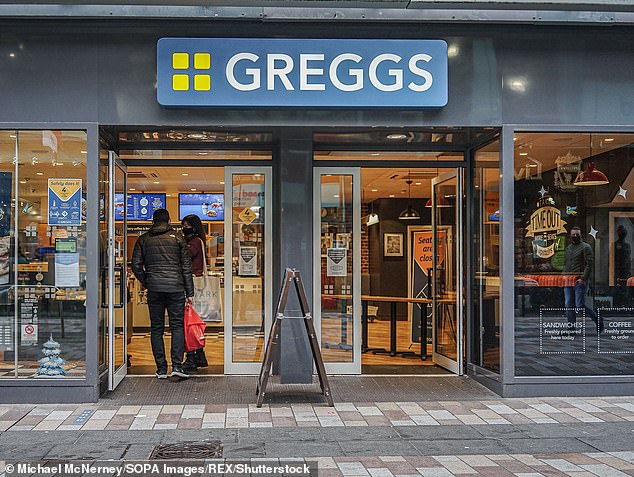