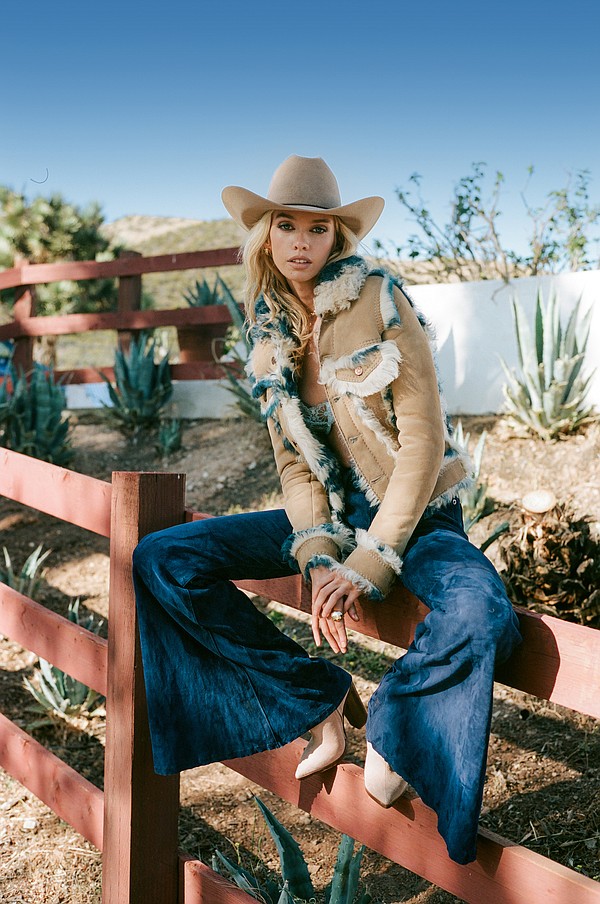 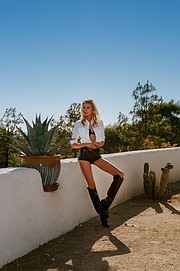 After taking a seven-year break from fashion when he left the True Religion Brand Jeans label, Jeffrey Lubell is back in the game. He helped make True Religion one of the biggest stars of the premium-denim boom during the first decade of this century. He retired in 2013 and spent the next seven years with his wife, Carrie Stroup, traveling, skiing and raising their three children.

But Lubell may be proof that one never really leaves the fashion industry. In February, he introduced a new fashion brand rooted in denim called Coût De La Liberté, which translated from the French means Cost of Freedom. Lubell chose the name as a reminder that people must be vigilant to safeguard their liberty in politically charged times. It’s also inspired by taking chances, even when times are tough. It marks the release of his first clothing line since leaving True Religion.

He and Stroup are self-financing the line, which is manufactured in Los Angeles. In February, they introduced it at a New York Fashion Week event at the Crosby Hotel in Manhattan’s SoHo neighborhood. They also exhibited it at Paris Fashion Week in March. There, they wrote orders from Montaigne Market in Paris and Jades in Düsseldorf, Germany. When Lubell and Stroup returned to Los Angeles, they edited the collection to its current line of 70 items for women and 45 items for men. 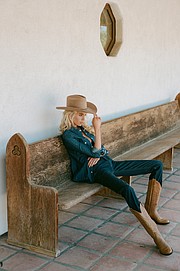 The Coût team is currently wrapping up work on the website coutdelaliberte.com, as well as on advertising and marketing materials for the Fall/Winter 2020 line, which includes an editorial campaign with model Stella Maxwell. It was photographed the first week of July on a ranch in Palmdale, Calif. Lubell has not confirmed what shops will sell it in the United States, but he hopes that the pioneering boutique Maxfield in West Hollywood, Calif., would be a place that could introduce it in the state.

“My customers are the most exclusive. They’re looking for unique styles,” he said. “They’ve seen all the best in the world. If my product is not beyond amazing, I will not be successful.”

Most of the fabrics used in the collection are sourced from Italian and Japanese fabric suppliers patronized by some of the world’s most acclaimed fashion houses, Lubell said. The inspiration for the line comes from contemporary, eclectic looks of today and the 1970s styles that also influenced True Religion. Some of the denim bottoms feature high waists and flared legs. Other silhouettes include cropped, skinny, boot-cut, gaucho and boyfriend jeans. There’s also the Girl Boy, which is a relaxed version of the boyfriend jean.

In addition, the line features denim jackets, denim shirts, overalls, shorts and a variety of other looks including stretch suede leggings, bottoms bearing sequins and a wide flare, velvet pants, and bright-red viscose/corduroy bottoms. Silk shirts play a significant role in the collection. Outerwear is a big deal too. Rabbit and foxtail fur used on the outerwear is sourced from dead stock, Lubell said, not harvested from live animals. Also featured in the line are Mongolian cashmere sweaters and T-shirts made from organic cotton and hemp.

Retail price points range from $295 to $795. The most expensive piece in the collection, a fringed, suede motorcycle jacket featuring curly-lamb Sherpa lining, retails for more than $10,000.

Another mission of Lubell’s is to support domestic manufacturing, which has been going through tough times, as has the global fashion industry. “I know this business is going to recover,” he said. “It’s going to be bigger than it has ever been.” 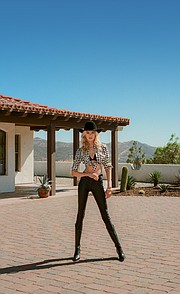 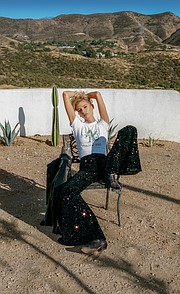