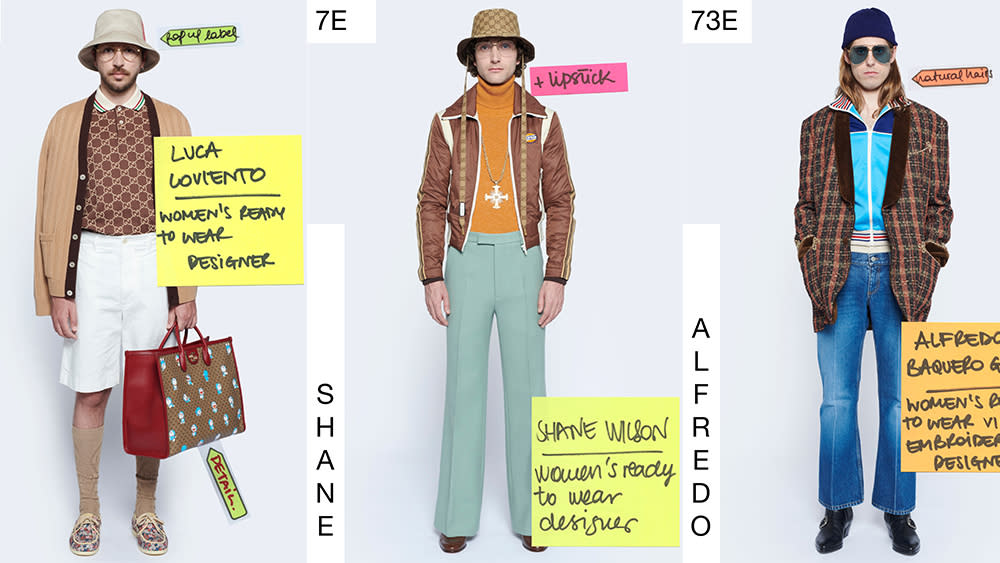 When the news that fashion week was going virtual broke, the general reaction was a mix of intrigue and eye-roll. Could the challenging circumstances yield a creative alternative to the old system? Necessity is the mother of invention and all that carpe dictum. Or would it just be a bunch of souped-up perfume ads—more hollow marketing exercises? Would there be actual runways? Models? Masks? It turned out to have all of the above. The past two weeks—which included digital presentations for Fall-Winter 2020 haute couture, Spring 2021 menswear and Resort 2021 womenswear—offered a smorgasbord of fashion show permutations. In the end, this writer was left hungry for more.

Initial hesitations aside, it all started off strong. My fashion week began in earnest with the Hermès men’s presentation, held on the Sunday before the official Digital Paris Fashion Week began. As it was being live-streamed from Paris, the show began at 8am for those of us watching from New York. Ever the gracious hosts—even in a digital setting—Hermès delivered a continental breakfast spread in advance of showtime. It’s a gesture that could be seen as excessive during a crisis, but consider that the average fashion show involves flowers and gifts delivered to top editors’ and influencers’ hotel rooms—not to mention elaborate productions, pre- and post- parties and countless miles flown. A few pastries and cans of cold brew in a plain pine box are monastic as far as fashion’s gratuitous spending goes.

As I tucked into my brioche au sucre and synced the show to play on my TV, I was prepared to be underwhelmed. But Hermès was a pleasant surprise: there were deeply desirable clothes, a refreshing lack of ceremony and a format that captured some of the thrills of watching a live fashion show (read more about it here). It did feel a bit strange “attending” a show while sitting on my couch, dog in lap, but the Hermès presentation capitalized on that intimacy, providing a closer look at the collection than a traditional show affords. It wasn’t a fashion show, per se, but it was very enjoyable. This, I thought, could be a truly interesting new way to present clothes. My hopes for the rest of the virtual season began to rise.

Then came couture and a mixed bag of approaches. Highlights included Schiaparelli, which showed designer Daniel Roseberry donning a mask and heading to the park to sketch fantastical designs that are slated to be produced at some later date—an honest and hopeful snapshot of the current moment—and Viktor & Rolf, who presented “three wardrobes for three mindsets in these times of extraordinary change” in a send-up of old school couture défilés narrated by the singer Mika with tongue firmly in cheek (one terrycloth bathrobe ballgown features a sleeve of oversized bows “to soften the impact of muffled horror.”) These two “shows,” in very different ways, acknowledged the surreal world in which they are being viewed. Most everything else was a lookbook set to music—neither inspiring nor all that necessary. Aside from demonstrating motion, did these videos accomplish anything that photos can’t?

Over the past two decades or so, fashion shows have morphed from an industry function—a chance for buyers to place orders and for press to preview what they’ll be covering for the upcoming season—into a flash mob-meets-Disney On Ice spectacle. Often, the clothes have become secondary props in a larger show of brand power. Much of this has been attributed to social media and the need to create “content” (groan) that translates to an Instagram post. Virtual fashion week demonstrated that, for many brands, the show has cannibalized the fashion.

When the videos actually managed to show clothes, the results could be lovely. Prada was arty, engaging and had me making a mental shopping list. Gucci’s 12-hour live stream could’ve used some editing (full disclosure: I didn’t watch the whole thing…did you?) but, when the collection came on view, modeled by the design team, it was great. Lemaire was one of the few that had standout designs and a format that allowed one to be swooned by them—the rather plain set up, with models simply crossing back and forth, was an abstracted vision of urban life that recalled Jerome Robbins’ Philip Glass ballets. It didn’t try to be anything more than what it was—a display of the brand’s wares for next season—and that’s what made it so effective. Whereas Louis Vuitton’s animated video didn’t show new clothes or say much of anything. It’s hard to watch and not wonder: why?

Even before the issue of how to mount a fashion show during a pandemic came into focus, the industry was facing a reckoning. Closures necessitated by Covid-19 meant that production was paused, orders were canceled and profits were slashed. There have been bankruptcies and sudden farewells (Neiman Marcus & Bergdorf Goodman, Brooks Brothers, Moda Operandi’s men’s business…to name a few). The veneer of stability quickly eroded and the issues that have been plaguing fashion for years became glaringly apparent. A combination of pressure for continual novelty, overproduction and a retail delivery schedule that has parkas hitting stores in August and bathing suits arriving in December has added up to a business model in which no one wins, except maybe the shopper who nabs a Moncler coat at 70 percent off in January—when they actually need it.

In the earlier days of the pandemic, two open letters were circulated—one from a slew of designers, retailers and executives and another from the Council of Fashion Designers of America and British Fashion Council—calling for a rethink of the unsustainable structure. These are very valid concerns being raised by power players. But judging by the latest round of virtual shows, it looks like a case of plus ça change. In the cases of Etro and Dolce & Gabbana, that is no exaggeration.

The two brands chose to produce real, live, physical fashion shows—the kind that this whole virtual fashion week was meant to replace. Yes, these shows were allegedly socially-distanced (the usual seating at these things makes a subway car during rush-hour look spacious but still, what I saw didn’t look like six feet between attendees) and most of the audience wore masks. It wasn’t the same theatrics as the Before Times. These shows were sanitized and streamlined to suit the current restrictions. But was there any advantage to doing a fashion show as usual when almost nothing else is functioning as usual?

“I don’t like the ‘digital show’ solution,” Domenico Dolce told Vogue.com. “You need the physical contact, the human connection.” Stefano Gabbana added: “We did a ‘virtual’ Alta Moda [the brand’s equivalent to haute couture] show last month, but without an audience it was not the same thing. It lost its essence.”

But the fact is: other than the select Europeans who were in the audience, a great deal of Dolce & Gabbana’s viewers did experience their collection as a digital show. I wasn’t there in person, so I can’t say whether the physical shows achieved greatness that wasn’t apparent on screen. But I can say, I got more out of the videos from Hermès and Prada than I did out of the recorded runways of Etro and Dolce.

So much of fashion week is about what happens off the catwalk—it’s like a high school reunion that happens twice a year—and there’s no way of replicating that digitally. So, in that sense, a virtual fashion week could never really rival the old standard. But it’s clear that the way things were doesn’t quite fit with the way things are right now. Everyone’s trying to figure out what will work moving forward; this virtual fashion week was largely an experiment in testing those uncharted waters. There is no right answer, and brands that showed anything deserve credit for trying. But at least in terms of fashion week’s stated purpose—to showcase new designs and get interest piqued—the digital shows have some work to do. Especially if they have to do this again in September.

We’re Only One Day Into 2021, But These Items Are Already Trending