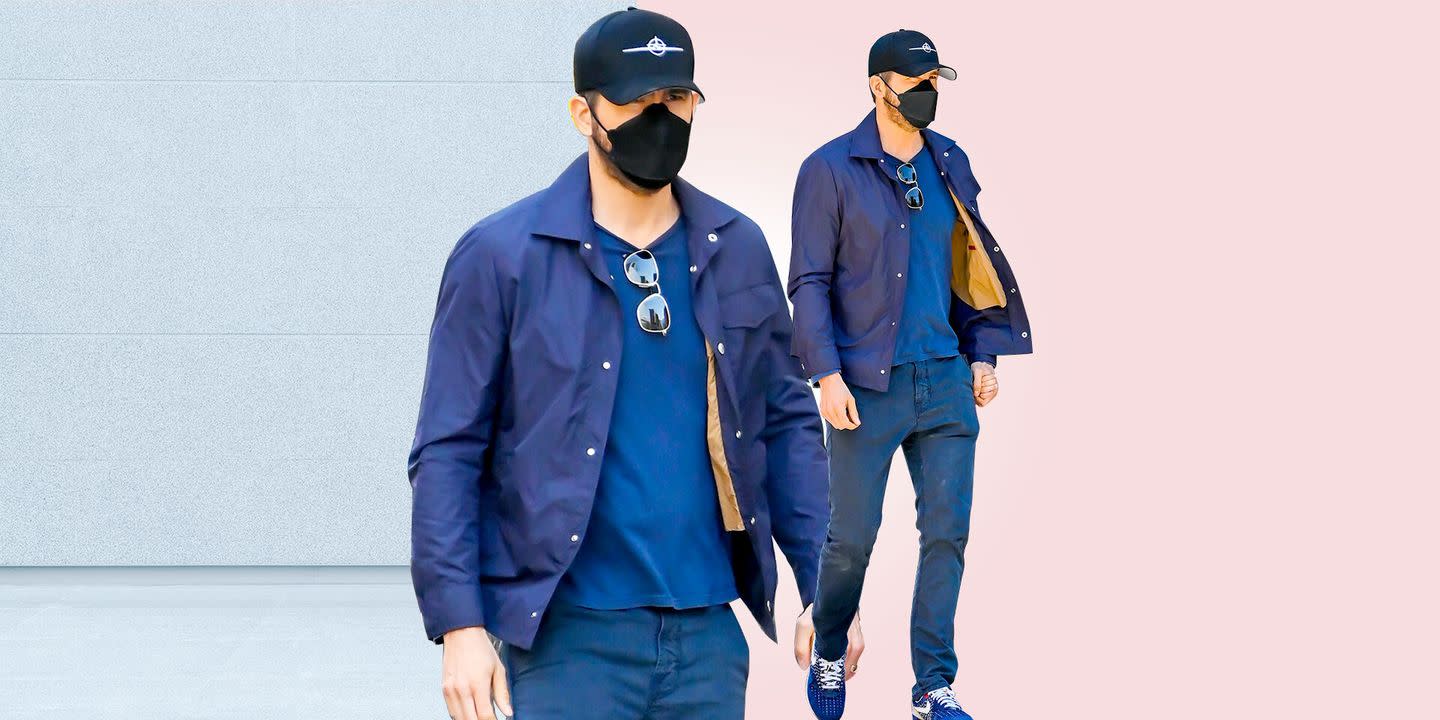 Ryan Reynolds is a hit machine. I’m not talking about the movies, though I would really love it if a Deadpool 3 dropped into my life right about now so I could stop rewatching BBC murder mysteries until my eyeballs fall out of my head. Entertainment struggles aside, what I’m actually talking about when it comes to Reynolds’s can’t-miss internal compass is light outerwear. The man has a preternatural ability to ID great jackets, wear them (duh), look fantastic (also duh), and in so doing inspire a bunch of non-famous dudes to get on board with said jackets.

Remember way back,when our boy would not stop rocking that olive suede trucker from Officine Générale? I do! Before I knew who made it, I spent more time than I’d like to admit trying to track down something similar. (Also, because I’m legally obligated to make fun of his turn in Green Lantern, I’m noting that this is one instance in which everyone’s favorite verdant hue did not do Reynolds dirty.)

And now? Now, Ryan Reynolds, noted Canadian, has been spotted in NYC wearing a chilled-out, low-key banger of a coach’s jacket—a.k.a. that lightweight topper with the shirt collar and the snap closure that you’ve surely seen before, even if you didn’t know its name. Speaking of not knowing things: As was the case with the suede jacket of yore, I am not entirely sure who made Reynolds’s coach’s jacket. But that’s not a problem. Because I have a couple of really great ones ready and rearing to go for you this spring.

Not to be too prescriptive, but you should get one. The Reynolds stamp of approval is a powerful thing, and you’re a savvy shopper. Make the right call. Turn down the role of Green Lantern. Buy the jacket. Take the ride. Here’s where to start.

Are drivers even seeing your job postings?