MONTREAL —
Some high school boys in the Montreal area are wearing skirts to school as part of a protest against dress code regulations.

“I asked myself a couple of questions about today’s society and I really think girls shouldn’t be sexualised for what they wear, or how they wear, so I decided to wear a skirt to symbolize the movement,” said Bejamin Royz, a student at College Sainte-Anne.

Meantime, girls are writing on their bodies to send a message.

“Young girls are just so sexualized and they’re told, ‘You can’t wear your skirt that short because it’s distracting boys,’ so that’s why I wrote. It says ‘Don’t protect your daughter, educate your sons’ because I think it speaks for itself,” said student Mila Martin.

Students at College Laval organized to send a similar message.

“It started off with my class,” said student Giuseppe Cosentino. “There were about fifteen guys that said, ‘Okay let’s do it, let’s make it a movement’ and then a couple of other kids from other class did it too.” 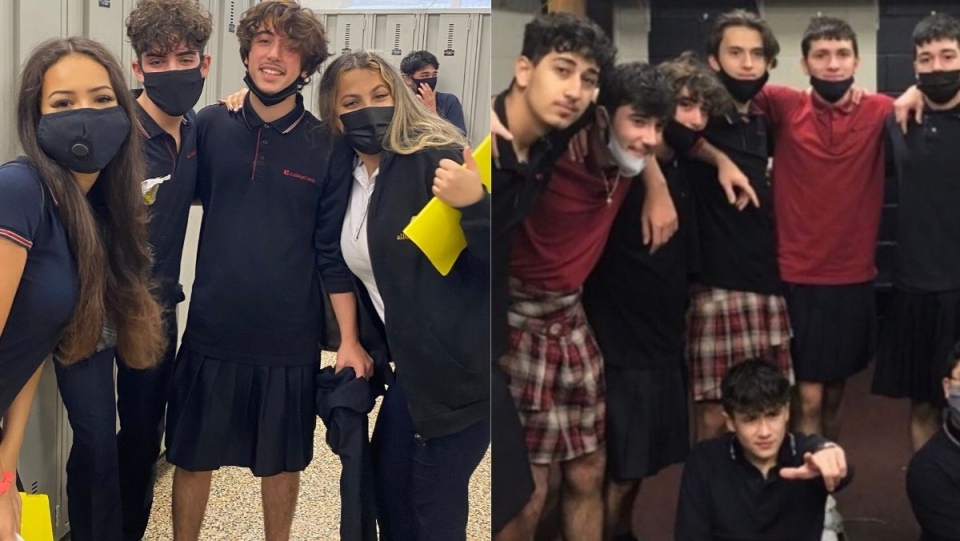 For students who are non-binary, gendered dress codes have extra significance.

The teens hope their actions will lead to more dialogue with teachers and school administrators – and some permanent change.

“We’ll do it as many times as we need to do it. Our school is already open to discussion of remaking the uniform, rethinking the barriers of what is male and female,” said College Sainte-Anne student Charles Cant.

Despite the flouting of guidelines, so far students haven’t faced any reprisals from the protest.

Czechs turn to second-hand shops amid pandemic and inflation