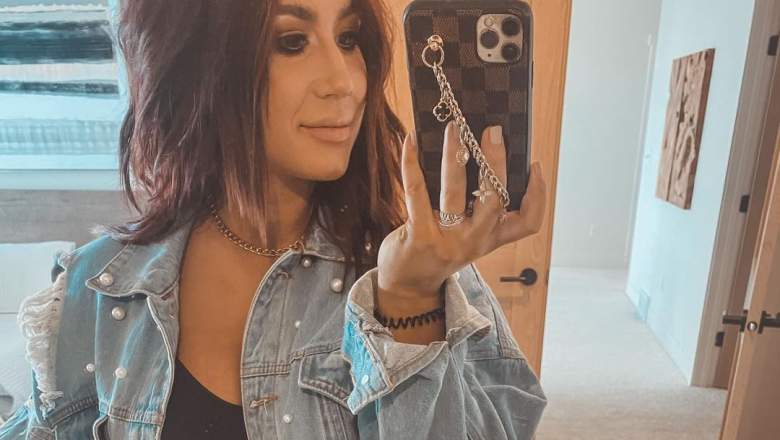 Some “Teen Mom” fans are concerned about Chelsea Houska’s kids after she shared a new home improvement on Instagram.

Some Teen Mom fans are concerned about Chelsea Houska’s kids after she shared a new home improvement on Instagram via her Down Home DeBoers account. She and her husband Cole DeBoer want to install a clear baby gate costing $200, but some people worried it wasn’t a safe decision. Others said it would probably get covered in fingerprints and drool within minutes, and would offset the “modern” look she was going for.

A discussion about Chelsea and Cole’s new gate took place on Reddit. Most remarked it would be more dangerous for parents than kids, with some saying their dogs and cats would probably constantly run into it. Chatter about the gate potentially being unsafe for children was first cited by The Sun.

“This is perfect to stage a life insurance murder,” one person wrote.

“Maybe Chelsea’s new venture can be a show where they set up a camera by this gate and see how many times everyone runs into it/falls over it/etc,” another suggested.

“This honestly seems more dangerous than stairs without a baby gate. Between tripping over it in the dark, children running into it without being able to see it/forgetting it’s there, and how acrylic products can splinter/break with impact, it just doesn’t seem practical,” a Redditor shared.

As most Teen Mom fans know, Chelsea is the mother to 10-year-old daughter Aubree, who she shares with ex-boyfriend Adam Lind. The family has a tumultuous relationship with Adam, who has been an unsteady presence in Aubree’s life. Cole has long been praised by viewers for stepping in as her father figure.

Chelsea shared a photo of Cole putting the gate together, revealing that it actually was too small for their house.

“Attempting to have a cute, modern-looking baby gate for our stairs,” she wrote. “This one is so cute but isn’t wide enough!”

“Qdos Crystal Designer Baby Gate,” she wrote in her second post, which showed the gate in front of the stairs. “It won’t let me link to it, but just search for this on Amazon. It’s spendy but… ours will be up for years so we thought it would be worth it! This is a great option!”

On Amazon, the gate has 85 reviews and nearly a five-star rating. In their product description, Qdos promises safety and an elegant design. “Baby Proofing Doesn’t Have To Be Ugly!™ We are committed to keeping children safe without compromising your home’s design aesthetic,” their Instagram bio reads.

Chelsea’s final episode on Teen Mom aired on December 29, and Cole penned a special tribute to his wife after she spent 11 years on MTV.

“I am wanting to just congratulate my sweet perfect wife for being apart of a show about her life for such a long time and being able to have control and know what she truly wanted in life,” he wrote.

Cole praised Chelsea for her resilience. “If you always watched from the beginning you will know how much shit Chelsea has made it through, she is tough as nails, such a bada**,” he said. “Birthed our last child without even having a Tylenol. I look up to her.”

Chelsea didn’t give a direct reason why she was quitting, but for years viewers have accused the star of rehashing the same storyline, which almost always centered around Aubree and her relationship with her father.

Furniture designed with hidden details that put your IKEA furniture to shame: part 8